Designed by an engineering firm from the Outer Rim, the Jubilee Wheel was constructed orbiting Ord Mantell. Rather than waste their budget on newly fabricated materials, parts were mostly scavenged from nearby salvage yards. The station was made in a circular design with four major spokes connecting an outer ring and a command center. Regardless of several more measures to save costs, the project still ended up with a portion of the outer ring and two minor spokes incomplete.

Unlike many other stations from the period that it was made, the Jubilee Wheel has a lot of features for its size. Chief among these being its ability to hold up to two hundred and fifty thousand tons of cargo, including both the many ships that make up its defense force and those that visit daily. As no weapons had been built into the Jubilee Wheel, it relies heavily on these fighters and pilots for protection from any threat that may arise. In addition, the station boasts four large docking bays at the end of each major spoke, gaining with them the ability to accommodate any ship up to and including a heavy freighter. For those staying aboard for any amount of time, a passenger capacity of nine hundred is allotted. In the event of sickness or large-scale catastrophe, there are multiple medical rooms spread throughout the inner ring that provide immediate access to those requiring attention.

Though it has an antiquated design, the Jubilee Wheel is still a reliable and often frequented station. With a variety of stalls, cafes, and gambling kiosks, there is a little something for everyone. 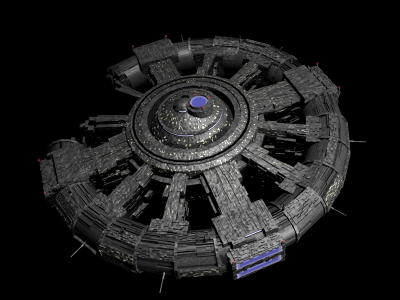