Situated in the middle of the Wazta sector, Koda Station was built to provide relief and entertainment to nearby planets. Most of these planets were comprised of poor farming communities, often eager to spend their earnings on the exotic and attractive goods brought and sold to them from other parts of the galaxy. Due to the location in the edge of the Outer Rim Territories, smugglers also saw this place as a chance to trade illegal goods, stop for supplies, and to gamble in games such as Pazaak.

This station is much like the communities it still supports, pared down with basic amenities. However, what it does have is often considered high quality. Koda Station boasts a very effective sensor array, which is capable of detecting ships anywhere in the system. An ample storage capacity allows for a multitude of food, items, and other goods to be traded or used on board. If the station's finances keep improving, the station may expand to include higher-end features, such as various different bays and weapons.

Continuing to serve the local communities as a source of relaxation for the neighboring planets, Koda Station is a mainstay in the lives of the people. To this end, people do not wish for it to close down; despite its lack of features and questionable security. 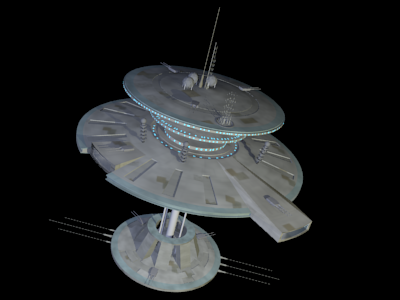