Originally an asteroid mining station near Gandle Ott, Tanquilla Beach was abandoned after the asteroid field in which it was located stopped being profitable. It was moved by outlaw technicians to a nebula on the edge of the Kathol sector, and the technicians spent several years turning it into an underworld trading hub. The surface of the former mining station was soon covered in plastic and metal plating; the new construction was as much as ten meters thick in some places.

The station is composed of fifteen main levels, each of which contains numerous individual businesses, such as repair shops, slicers, and black market doctors. Vast quantities of merchandise, much of it illegal, and cantinas and casinos can be found almost anywhere. Level Twelve is known by locals and regulars as the "meat market", a large slave market which is usually avoided by legitimate traders.

Tanquilla Beach hosts dozens of docking bays, which range in size from large openings capable of holding several smuggling vessels and pirate ships to smaller berths suitable for only a single yacht or freighter. However, there are no docking ports and none of the docking bays are large enough to hold corvettes or similarly sized starships, so they have to hold their position away from the station and come aboard in a smaller craft, such as a shuttle.

Despite its humble origins, Tanquilla Beach is well protected. Plenty of stolen weaponry makes it both a difficult target and a favorite hideout for smugglers, pirates, and other fugitives. Customs, such as they are, are rigidly enforced; the station's authorities don't care what is brought on board so long as they know what it is. 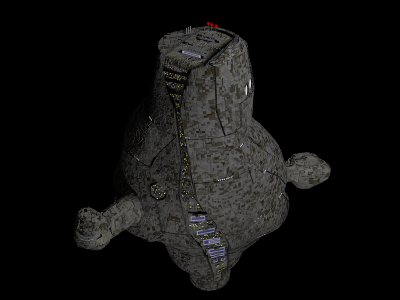