There are no records of when the fabled Void Station was built, or who ordered its construction, which lead many to believe it is merely a legend. Those who claim to have seen it are reluctant to reveal where it is. Whether this is to preserve its secrets and keep its treasures to themselves or to further embellish the legend of the infamous station remains unknown.

Due in part to the vast amount of folklore, speculation has been rife as to the exact purpose and layout of the station. A recurring claim is that it is a luxurious palace, which was built on an asteroid in the outer orbits of the Mid Rim. It can supposedly house thousands of sentient beings and enough small ships to transport them wherever they please. This has made it a popular location for illegal transactions and other criminal practices such as gambling and smuggling.

It is further believed that the station, possibly explaining why so few are able to find it, possesses a device capable of masking itself from unkeyed sensor arrays and powerful sensor systems designed to detect ships from entire parsecs away. There is even a belief that so little is known about this floating palace because it constantly moves, an ability that would be rendered by any of the immense engines available at its construction. Such engines would allow it to slowly travel across the galaxy, evading even the most vigilant patrols and reconnaissance.

Daily life aboard the station is also shrouded in myth and legend. There are many tales of stolen ships, sliced credit accounts and angry crime lords being told throughout the galaxy. While it is unlikely that all the stories are true, a lack of law enforcement to keep visitors under control makes the exchange of blaster fire aboard the station more a guarantee than a possibility. Such an environment has given the station a reputation for being dangerous, with bystanders often getting caught in crossfire and violent explosions when fights erupt.

Despite being unable to validate any of the various claims surrounding its existence, one thing is certain: the Void Station is a haven for dangerous individuals of all sorts and will continue to inspire many tales and rumours of both great treasure and certain doom. 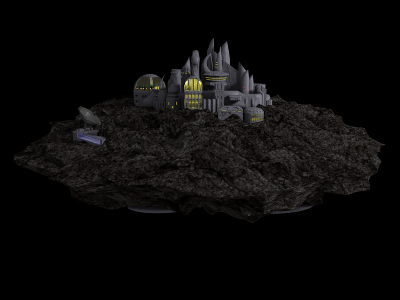