The sheer size of the known galaxy makes direct communication between systems and sectors extremely difficult by regular signals. In addition to the degradation of signal strength over large distances, communication can easily be interrupted by solar wind, radio interference, and other gravitational anomalies. Relay stations have proven useful in overcoming these challenges, especially when they are linked together in networks. While the exact blueprints of relay stations differ depending on who builds them and their intended use, most are no longer than a common heavy freighter and require a very small crew to monitor its systems. Stations that handle less-sensitive information may even be crewed by droids. Because relay stations signify connection with the rest of the galaxy, their presence is often considered a marker of civilization, especially in more remote sectors.

Relay stations work by receiving communication signals, amplifying them, and seamlessly directing them to either their final destination or the nearest relay station in that direction. Many are operated by governments and media corporations to enable communication with the wider galaxy and ensure access to the holonet to their citizens and customers. Other stations, especially those operated by militaries, rebel groups, and criminal enterprises form private communication networks ensuring that their signals go undetected by other parties. Instead of retransmitting signals, relay stations can also be reconfigured to intercept and decrypt communications being sent through space. These 'listening posts' are only becoming more popular as war spreads throughout the galaxy. 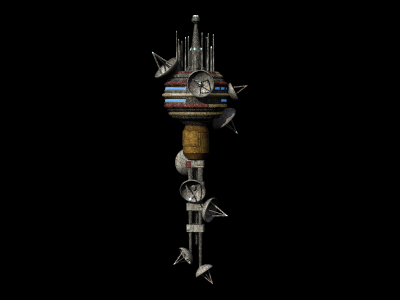