The zoo station is a rare sight in the galaxy, mainly due to the prohibitive cost of maintaining a menagerie in a vacuum. With most planets either maintaining on-planet zoological facilities, or governed by bodies that care solely for development and have sacrificed any semblance of ecological preservation, zoo stations tend to be the preserve of the odd government attempt to save a small fraction of a planet’s local wildlife as a sop to their conscience, or of fabulously wealthy individuals who have more credits than common sense. The cost of maintaining the wildlife and facilities, as well as the limited number of visitors who have access to, or would pay for, a trip into space to visit a zoo station means that they never break even, much less achieve any operating profit.

Nevertheless, a properly run zoo station is a marvelous place to visit. While the actual designs may vary, they are set up to delight visitors. Most are multi-level constructs that feature at least one deck with glass ceilings, allowing unobstructed views of the space beyond the station, where glittering starscapes and sparkling nebulae vie with the wonders of the animal exhibits. Many stations will have decks dedicated to creatures from one particular climate zone, for example, a marine life exhibit, or a deck for desert-dwelling creatures.

As with any other space station type, zoo stations have their seedy side as well. Some serve as no more than breeding facilities for animal traffickers keen to make quick credits in the trade of rare and coveted species or worse their body parts, while some are money-laundering fronts for crime cartels. In places such as this, the animals lead lives of horror and despair, as their very existence is exploited for credits in every way possible. Local planetary and system governments will frequently try to curtail such activity, but the cost of doing so may be prohibitive to some. A discerning visitor will swiftly be able to tell the difference between a legitimate attempt at species preservation and one designed solely to exploit the animals.

There are dangers too, in confining wild and fearsome creatures inside a metal structure, where the visitors have few places to escape. In at least one incident that took place in the year 5 BCGT, a pair of rathtars escaped their containment area aboard a zoo station and embarked on a days-long hunt for prey. Over eighty visitors were consumed or otherwise killed before the authorities were able to capture the creatures. Despite incidents like this, the wealthy and the conscientious will continue to maintain the small number of zoo stations throughout the galaxy. 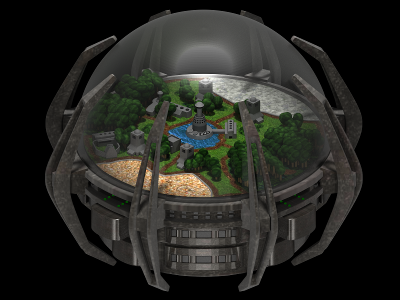