At more than four times the size of a typical, planet-bound factory, the X7 Factory Station provides some distinct advantages to offset the additional cost and danger of creating such a facility in space. When operating under its maximum crew level it can produce ships at a rate often alarming to enemy forces.

The X7 has four docking bays which have the space and equipment necessary for producing freighters and fighters. However, its power plant is only capable of outputting sufficient power for production in one bay at a time. While inactive, the other bays are used largely for storage of both raw materials and manufactured ships, which is of great value to many operators. Likewise, the X7's docking port allows for the convenient exchange of materials and ships to and from its holds with a capital-class supply ship.

Though the X7 is outfitted with half a dozen heavy lasers, its arsenal is rarely used and would prove ineffective in fending off most attackers. When defense is an issue, fighter squadrons can be assigned to the task, though the station's heavy lasers are generally used to repel any attacks. The lasers are also used to destroy any space debris that might threaten its integrity, while its tractor beam is used primarily to aid in production. 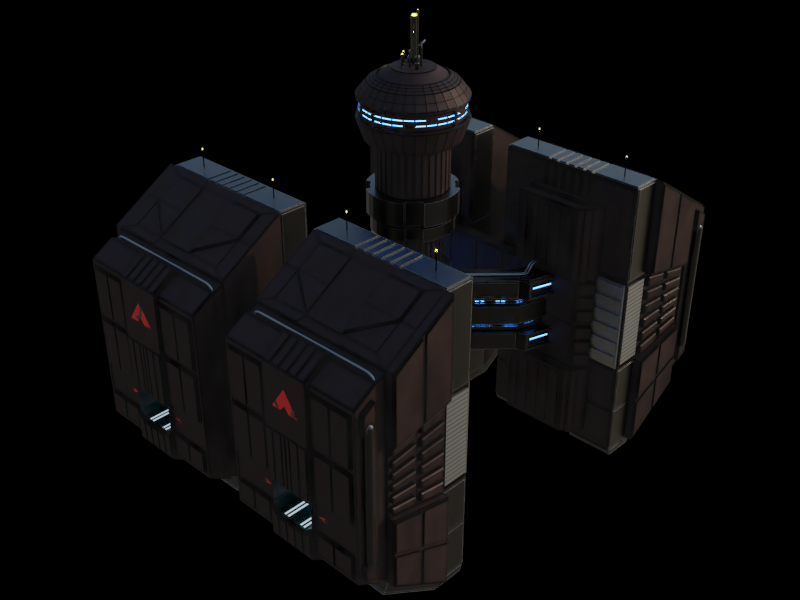