The Biker Advanced Recon Commando (BARC) speeder was manufactured by Aratech Repulsor Company for the Advanced Recon Commandos (ARC) of the Old Republic. Though the speeder is not particularly well armed or armored, the reputation of the ARC troopers they carried into battle once made them a sight feared across the galaxy. The BARC speeder proved so versatile and effective in battle that it was eventually adopted by the rest of the Republic's army and widely used throughout the Clone Wars.

The BARC speeder includes two sets of steering vanes, one on the front and rear of the vehicle, providing more stability than similar models. Powerful repulsorlifts allow it to reach high altitudes and a forward mounted turbine engine produces enough thrust to propel the BARC up to five hundred kilometers per hour. Dual blasters are mounted in the forward firing arc below the main engine. The BARC features an attachment system on the underside of the driver's seat to which a seating pod or stretcher can be connected. This versatility allows for an additional gunner and the rapid evacuation of key personnel from almost any location.

Although its effectiveness was proven in the Clone Wars, the BARC speeder was one of many vehicles that were phased out upon the Galactic Empire's rise to power. While some cite increased maintenance requirements as a reason for its eventual replacement by the 74-Z speeder bike, the vehicle's association with the iconic ARC troopers is a more likely culprit. Due to its eclectic and rugged design, modified units can still be found across the galaxy in the service of local police forces, smugglers, and even civilians. 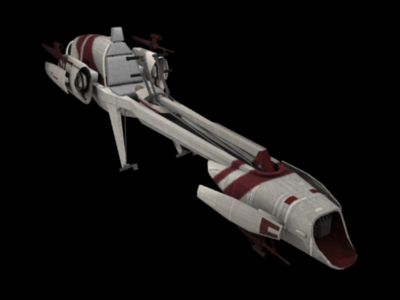 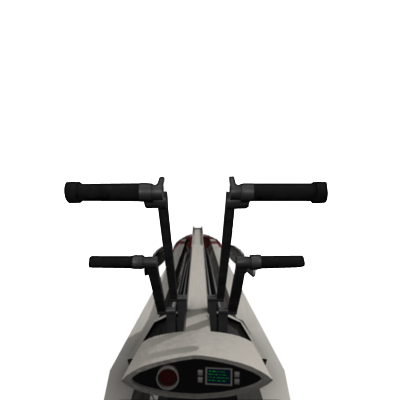