The BL-37 Zephyr is a case study in corporate response to a popular fad. The Vectron corporation had experienced some modest success producing speeder bikes for the swoop racing circuit, which was popular on many worlds in the early Republic. Hoping to expand beyond this niche market, the company introduced the Bonusline, a small two-seat speeder intended to appeal to race fans whose skills tended more toward watching races than participating, but who nonetheless wanted a fast, sporty ride. Unfortunately, the Bonusline's chassis was too small to offer the comfort customers wanted, but too heavy to provide enough speed to make them overlook this flaw. The blocky engine profile was also prone to unfortunate aerodynamic effects and, although an enhanced stability system was quickly added to offer a smoother ride, the Bonusline was unable to shake its initial reputation as a slow, shaky, uncomfortable ride. Sales vastly underperformed expectations.

The Bonusline's poor sales left Vectron with a glut of surplus components, but the company hoped to recoup its losses by cashing in on the popular podracing fad spreading from Malestare. Although purists in the burgeoning sport believed each podracer should be uniquely built of hand-selected salvage, companies whose parts were often used had begun to market kits to racers more interested in building and racing than in digging through scrapyards. Although Vectron's unsold Bonusline components hadn't yet found their way out of the company's warehouses, much less to scrapyards or to salvage-built podracers, the company tacked on a serial number to imply a version history and marketed its BL-37 Zephyr kit as though it were a classic name no one had heard of.

By static-coupling a pair of Bonusline repulsors, the Zephyr was able to attain speeds greater than any of Vectron's previous speeder bikes. However, even after removing passenger amenities to reduce weight and shift the pilot to the center of mass, the tethered pod remained heavy enough to make the Zephyr one of the slower podracers on the market. Ironically, this slower speed and legacy stabilizers made the Zephyr popular with the Bonusline's intended market. While it never gained favor with professional podracers, the Zephyr remains popular with aficionados who lack the reflexes for serious racing. It can sometimes be found in local derbies or displayed by collectors at "shine shows." 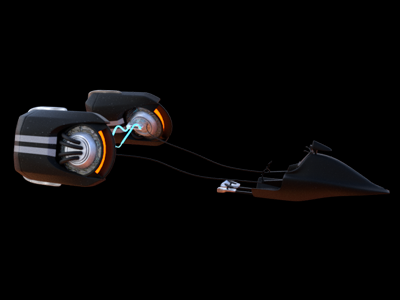 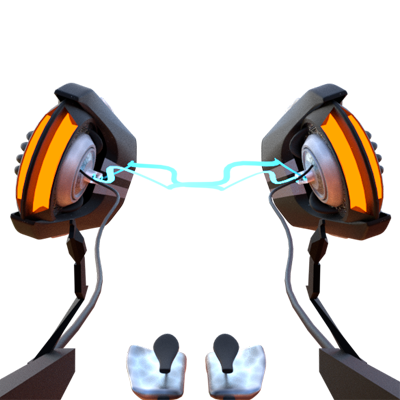