Physalis Berry Monsters are the name given to several species of tiny, pack hunting, mollusc-like predators found in tropical jungles around the galaxy. All discovered species are small, with none being larger than about half the diameter of a training remote. The species are differentiated by variations in colour and number of teeth but apart from this are remarkably similar, physiologically.

The creature’s main body consists of a hinged, glossy, spherical shell in a shade unique to each species. The two halves of the shell join so exactly that it is difficult for a casual observer to discern the seam and from even a meter away, the main body looks like a luscious fruit or berry – hence the creature’s common name. The disguise is completed by two sets of membranous pseudo-wings that look like dried leaves. On the wet jungle floor, among the leaf litter, the creature looks remarkably like fallen fruit.

Inside the shell, the internal structure is surrounded by bands of exceptionally efficient muscle fibre. The action of the muscles pulling on the shell provides the Physalis Berry Monster with its locomotion – a springing leap of up to one meter, which it can repeat up to three times per second. They can also close the shell with surprising force – certainly enough to enable the beast to bite off a chunk of flesh from an unsuspecting victim. It does so with a toothy maw that extends almost the full circumference of the Physalis Berry Monster’s body. While an individual Physalis Berry Monster is little more than a nuisance, they are usually found in packs of several dozen, which can pose a threat even to large creatures. 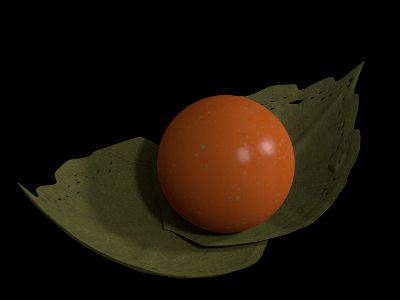