The TIE-Crawler, also known as the Century Tank, is an Imperial assault vehicle. Combining the cockpit of the TIE-Fighter and the treads of an Old Republic troop transport, the TIE-Crawler was an inexpensive, single man assault vehicle. This combination of body parts has proven to be easy to repair, unlike other vehicle designs.

The TIE-Crawler is armed with two chin-mounted medium laser cannons. An additional light turbolaser, located at the bottom of the craft, can be used to attack heavier targets. Even though the vehicle's light design allows it to reach very high speeds, this is at the expense of severely weakened armor. A few well-placed hits can easily destroy the TIE-Crawler. This just proves that having a strong offense is not always the best defense. Even the enemy gets lucky from time to time.

Unlike most vehicles, the TIE-Crawler's hand controls are used solely for the fire-control systems, while the foot controls are used to adjust the steering and speed. Each tread contains a separate power generator, used solely to power that tread, while a third generator, located at the back of the cockpit, powers the weapons and main systems of the craft. 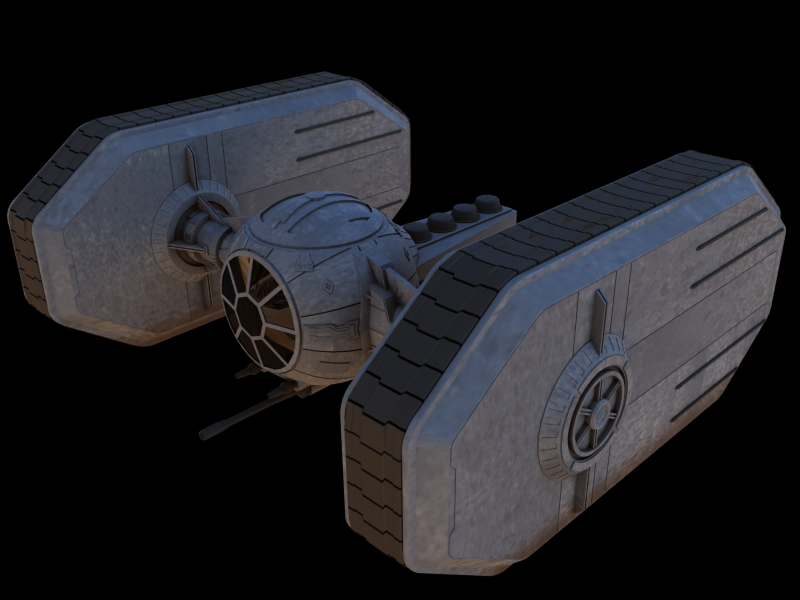