Located on a remote planet near the farthest reaches of the outer rim territories, the Oracle at Pelgrin was discovered by a small team of Galactic Republic scholars and Jedi Knights over three thousand years ago. Though there exists no record of its construction, the Oracle is believed to have been designed by the Pelgrin, an extinct species indigenous to the planet.

The Oracle inhabits a tower, 88-meters tall, that stands surrounded by a number of small, one-story buildings which were found devoid of artifacts and decorations. In contrast, the Oracle's edifice houses steam-powered vehicles, mechanical communication systems, and a plethora of similarly advanced relics, each of which is extremely well crafted from simple components. The Oracle itself is likewise primitive in its construction despite its highly advanced function. Though originally thought to be an astronomical clock or observatory, the Oracle has an innate connection to the force which suggests a much more exceptional purpose.

The Oracle's tower was constructed primarily of metal and Dieuw wood and is notably plain on the outside. It has very few windows and even fewer doors, and those it does have are too small for even children to use comfortably. The interior is anything but plain; nine octagonal floors, featuring a complex network of gears, switches, and pendulums which are connected by a single spiral staircase that ascends from the ground floor to a hexagonal chamber on the tenth, crowned in a diamond-shaped glass steeple. Within the pinnacle of the tower is a metallic globe perched upon a small, wooden pedestal which hums softly in the presence of force-sensitive individuals. It is the activity of this globe, not any switch or lever, which causes the gears of the complex clockwork tower to turn in a slow, hypnotic rhythm.

Force users meditating in the presence of the globe have invariably experienced a calm disconnect with the world around them; a smaller number have even seen distant and unclear glimpses of future places and events. For some, these anomalies have helped form cohesive visions of the future revolving around paradigm shifts affecting life on a galactic scale several hundred years after they are first experienced through the Oracle.

In a few rare cases the Jedi Order has been able to discern the meaning of centuries-old prophesies of disaster and act to save countless lives, but more often than not the clues have only been understood after tragedy has already occurred. As a result, many force sensitive scholars and historians believe the Oracle is not primarily a focus for machinations of individuals, but rather that the Oracle attunes itself to a force sensitive person, using them as a locus for its own connection to the unifying force.

Though many predictions have come from the Oracle, very few have been reliably deciphered, leading many to doubt its accuracy. Some scholars wonder if the Pelgrin saw their own demise in one of these visions, though there are no records to indicate that they had any force sensitive capabilities. To the sentient of the present day, it would seem almost nothing is certain when it comes to the Oracle, except that it is a device of great power and even greater mystery. 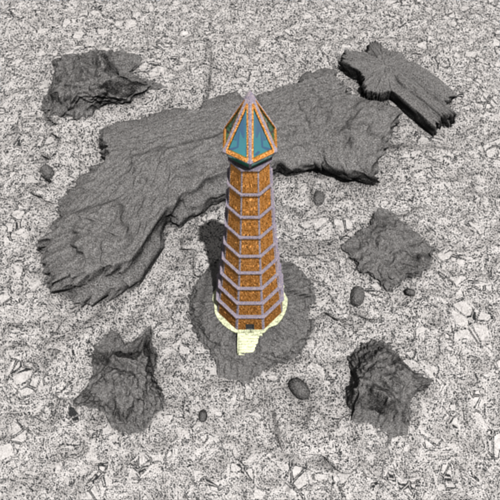