The C1 Series Astromech is an obsolete model of the C-series droid line built by Industrial Automaton in the centuries before the Clone Wars, by which time the mechs remaining in service were generally considered antiques. The C-series production predated the company’s wildly popular R-series astro droids by several decades and in many ways served as an inspiration and template for the later series.

Externally, the common lineage of both lines is evident, with the C1 sharing the familiar cylindrical main body, rotating semi-cylindrical cranial unit, and columnar legs attached to the sides of the body. The C1 has three small photoreceptor lenses on the front of the cranial unit, and an inverted dish-like communication antenna on the top. The unit features three manipulator arms, the strongest of which is recessed but not hidden in the front of the main body and can be used to interface with computers as a rudimentary form of plug-in. The astromech is also equipped with an arc-welder although, unlike its successors, the C1 is not programmed as a mechanic.

The C1's simpler programming only allows it to assist in controlling and navigating commercial ships and small fighter craft. The C1 does have an advantage over later models in that it was made with a large degree of tolerance in its parts, allowing the astro droid to be repaired and retrofitted with a wider range of components. This is a significant edge, as it allows C1s to continue serving despite the production lines for dedicated parts having ceased operations long ago. 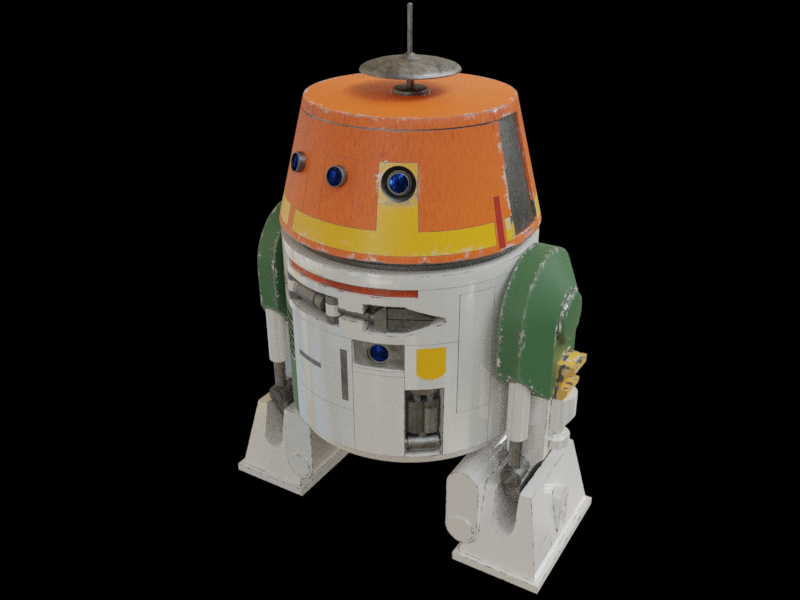