During the reign of Emperor Vodo Bonias, the looming menace of Imperial expansion prompted the Mon Calamari Council to start forming their own navy. Not being a particularly warlike species, their military industry was quite modest and so they began by refitting civilian vessels to serve as improvised ships-of-the-line. Forging an accord with Mon Akira, a fellow Mon Calamari who helped create the Rebel Alliance, shipwrights were sent to help convert luxury cruise liners into some of the Rebel navy's first proper warships.

The MC-60 Star Cruiser was the most spartan result. Slightly smaller than the decadent behemoths that the Mon Calamari are most famous for, they began as a commercial transport intended to handle smaller groups of economy-class passengers. The reduced scale and streamlined profile made these transit vessels somewhat cheaper and easier to produce. Station-friendly by design, the hulls featured spacious hangar terminals that were easily converted into tactical starfighter decks. Rugged frames made these transport cruisers simpler to armor, and efficiently arranged compartments enabled the MC-60 to be embellished with powerful military deflectors and enough turbolaser and ion batteries to pose a significant naval threat. Torpedo tubes and tractor modules provided an additional layer of operational flexibility, although the upgraded sensor package was still fairly conventional.

The product of the refit was a cost-effective medium cruiser that was both reliable and practical, although it never received the fanfare of its larger and more robust siblings. Completed MC-60 Star Cruisers were being launched within a few years, often being deployed directly to rebel fleets and territorial defense armadas across the galaxy. While not given preference by the wealthiest governments, the MC-60 performs admirably when operating in groups or as part of a raiding flotilla. 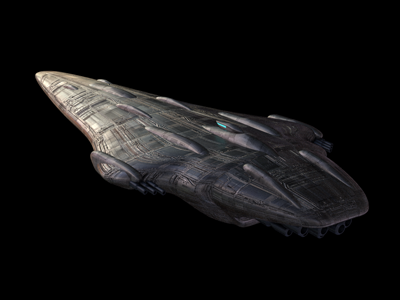