Designed for the Imperial Navy by the Loronar Corporation, the Strike-class medium cruiser marked a change in naval policy for the Empire. Up until the introduction of the Strike-class, new ships had been steadily increasing in size, as evidenced by the Imperial Star Destroyer I and Super Star Destroyer. However, aided by a simple assembly process and cheap construction cost, the ship bolstered the Empire's attempt to reclaim space superiority from smugglers, pirates, and, of course, the Rebel Alliance. Akin to many other Imperial ships, this vessel found its way into the hands of several other factions over time, and some even entered into service with the very Rebels they had been designed to fight.

The ship has a segmented and somewhat angular appearance, as well as substantial firepower and shields for its size. The biggest advantage of the cruiser is its modular design, which allows it to serve as an all-around warship that can be quickly modified to suit its current mission. With some of the various modules available, the Strike-class has been known to house five squadrons of TIE fighters, over two dozen AT-AT walkers, a few thousand passengers, or combinations thereof. However, the modules are also its biggest flaw, as a well-placed proton torpedo or concussion missile between them could shut down large portions of the ship or even cause the ship to split apart.

Many high-ranking Imperial Navy officers hold the belief that a pair of Strike-class medium cruisers are comparable in terms of firepower and survivability to a Victory Star Destroyer I. Whether this is truly the case continues to be disputed; however, there is little denying that this capital ship is considered a formidable opponent in any battle. 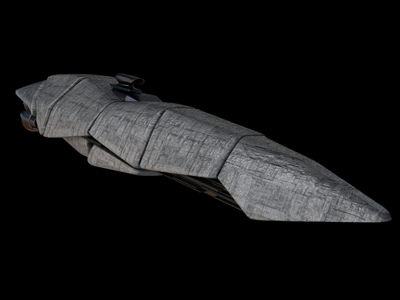