When the Trade Federation's Lucrehulk began dominating the galactic shipping and trade markets, many competing corporations started designing their own large-scale cargo vessels. One such competitor was the Verpine Roche Hive, known for its high-quality starship engineering, who fervently studied the Lucrehulk designs, going so far as to recover partial wrecks and bring them back to the Hive for analysis. After years of intensive engineering, the Verpine-class heavy cruiser was designed.

The Verpine-class heavy cruiser was engineered to be an armed cargo hauler for the purpose of transporting large quantities of goods from a planet's surface to its orbit, and then between systems. Heavy armour and Verpine shield technology were incorporated into the design to ensure it would be able to transport cargo safely to its destination. A respectable armament of turbolasers and heavy lasers discouraged any would-be pirates or mercenaries intent on plundering, while tractor beams and ion cannons were installed to quickly disable and capture any smaller assaulting craft. Docking bays on either side of the cruiser also helped to facilitate cargo transfers, but have occasionally been used to hold starfighter escorts.

While the Verpine were able to replicate many of the Lucrehulk's design features that dominated galactic trade, it still fell short of the battleship they tried to emulate. Time and time again, changes had to be made to the design to make it both more cost-effective and a viable option for mass production. Most of the turbolasers and heavy lasers were removed, along with all of the ion cannons, and, eventually, the whole ship was scaled down. The cruiser did, however, maintain its fortified hull and shields. Even after the final changes, the Roche Hive could not sustain production, and the lack of a mechanised droid crew translated into higher maintenance and operating costs. While no longer in mainstream production, Verpine-class heavy cruisers can occasionally be found in use by larger governments or manufacturing groups, who still use the cruiser for its modest cargo capacity, as well as its hardened hull and shields. 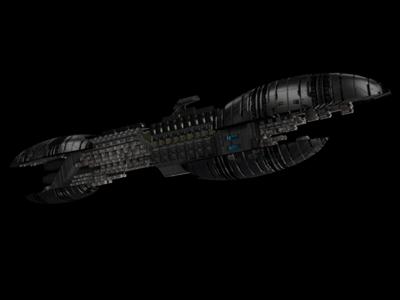