Cargo Containers are interlocking storage components for use with modular ships, usually heavy freighters. They are designated a class based on their various shapes and sizes. A few containers however are classified by what ships they can be loaded onto, such as the widely popular Class-A, which was designed specifically for attachment to the BFF-1 Bulk Freighter. While other containers are classed by a specialised role they might perform, one example being the Class-C which was built to transport volatile gasses safely.

A variety of additional uses have also been discovered for these versatile ship components. Some are deployed as orbital warehouses, used to store products that are awaiting transportation or collection after being sold on galactic markets. A number are used by mining and production companies to store materials and allow easy access for their logistic crews and construction teams. They are even useful during the construction or deconstruction of space stations, where a large amount of raw materials will require storage in space until they can be used or collected. Furthermore, with a built in life support system they are able to keep a small number of people alive, causing these containers to some times be used for temporary or makeshift habitation.

Civilian groups are not the only ones to find secondary uses for these containers, some models have also been equipped for use by military and mercenary groups. This allows them to use the containers as a way to resupply their fleets and armies without the need for constant supply lines, although the immobile containers do make easy targets for enemy fire and boarding.

Given this lack of propulsion, containers require a large ship or station with tractor beams to move them. By most accounts this is their only true weakness and these simple yet reliable storage solutions have proven their efficiency and usefulness time after time. Today these containers are integral to freight transport, so much so that it is often joked by some beings that there are more containers in the galaxy than there are humans. 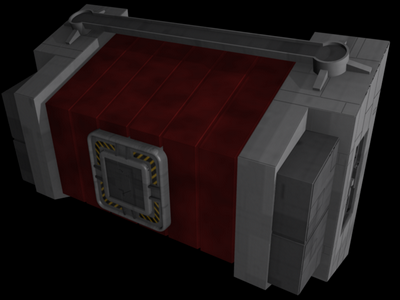 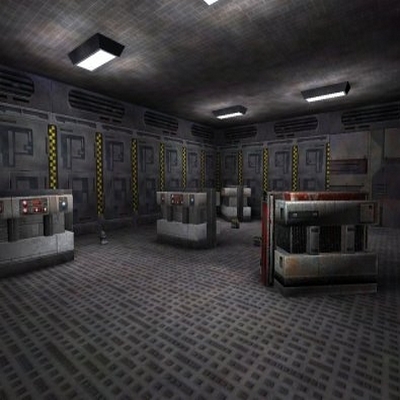