Somewhat small to actually be considered a proper capital ship, the Braha'tok-class Gunship has often been mistaken for an over large freighter. Despite an aging design, it is quite capable of impressive speeds within a planetary system and often sees service amongst those wishing to have the firepower of a capital ship at their disposal. Armed with a mix of weaponry that qualifies it for anti-fighter work, but heavily enough to counter even a medium sized capital ship if properly supported, the Braha'tok still performs admirably on the modern battlefield.

Another aspect of its design which makes the vessel a tempting choice for those less fortunate in their production capacities is that the Braha'tok-class is fully capable of making atmospheric insertions. In its somewhat checkered history, the gunship has seen use as an exceptionally large and well armed dropship, ferrying heavily armed and equipped troops from outside the system and to the planetary surface under its own cover fire.

The Braha'tok requires a minimum of crew; as little as two personnel can run the ship smoothly, though combat operations usually call for closer to a dozen. Along a similar vein to that aspect of the vessel's design are the ship's escape pods; each one carefully located so as to maximize the possibility of the crew reaching it in the case of catastrophic damage to the hull. Most of these gunships are lost with all hands though, as the crews tend to be fiercely dedicated to their sturdy, old ships and often fighting to the very last to save them. 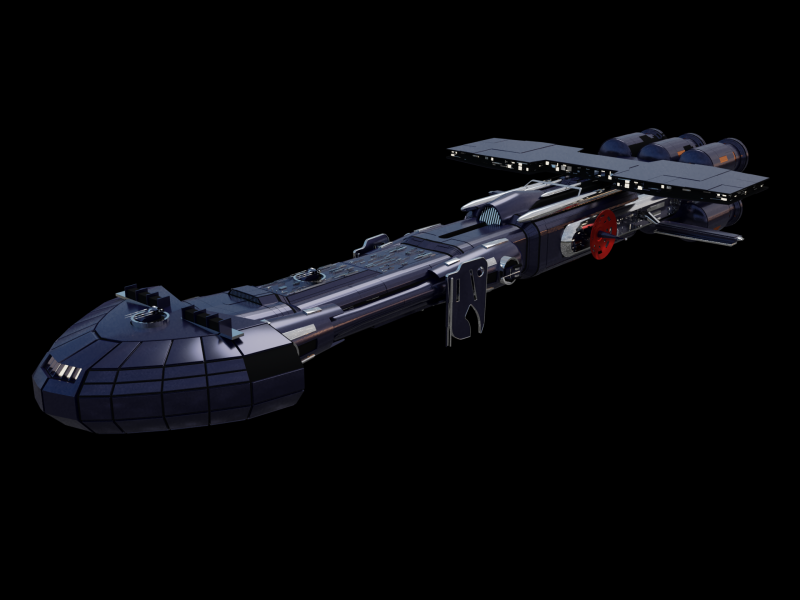