The Defender-class Light Corvette was commissioned by the Jedi Order millennia ago during the war between the Galactic Republic and the Sith Empire. Not satisfied with the ships available to them in the Republic's fleets, the Order worked with Corellian engineers to design a reliable, sturdy vessel that could serve as both a transport and mobile command center for their more clandestine missions. The ship they received would prove itself truly ahead of its time.

Its two relatively massive engines gave the Defender-class incredible speed for a vessel of its size. Its sublight speed allows it to keep pace with even contemporary blockade runners, and its hyperspace speed is comparable to that of speedy light freighters and starfighters. The ship's engineers did not have access to modern lightweight durasteel alloys, and so while the ship is much heavier than other corvettes today, its hull strength is not that different from similar vessels. The engineer's real innovations were its deflector and ion shield design. The Defender-class came equipped with advanced ion shield generators, which were crucial to the ship's mission of avoiding capture. Its deflector shield technology may have been average for its day, the sloped design of the ship's bow aided in deflecting oncoming laser fire and debris. The design was not without its drawbacks, however. The two ports located on either side of the ship made it more difficult to defend against boarding should the ship be tractored or disabled, and its four powerful laser turrets were fixed in a forward-facing position, leaving the vessel vulnerable to attack from all but the direction the ship was currently facing.

Like many ships of its age, the Defender-class is highly sought after by collectors and museums. Salvaged parts able to be authenticated have been known to sell for exorbitant amounts at auction, as very few manufacturers produce parts to the ancient specifications. For these reasons, the few functioning examples of the Defender-class Corvette are in the hands of the extremely wealthy. 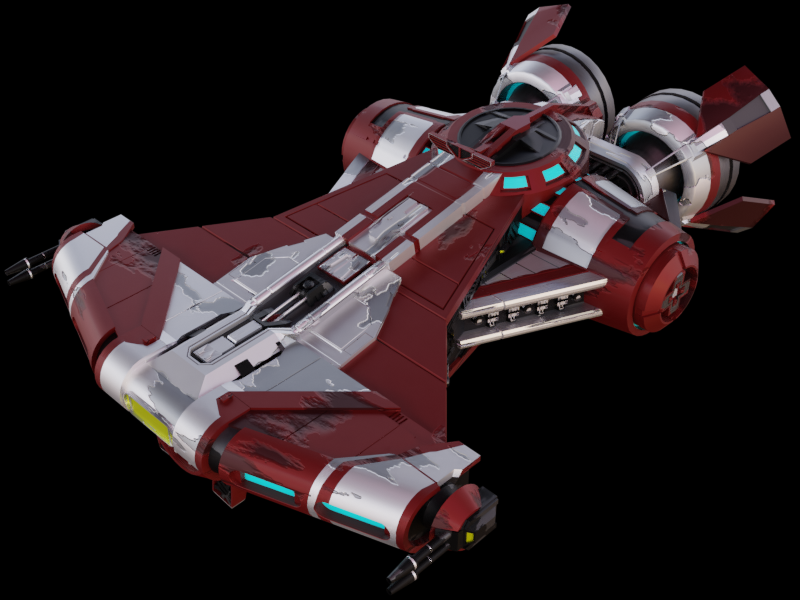