Another design brought to life by Corellian engineers, the YV-666 is considerably larger than its smaller and cheaper counterparts. The ship sports a long, tall, blocky main hull with port and starboard maneuvering fins to the rear of the craft for vertical movement. A decent all-round ship, the YV-666 manages to retain the legendary ease of modification usually prevalent in smaller freighters.

As with most of the YV series, the YV-666 is built around a two deck main hull. The top deck houses the bridge and navigation systems, while the bottom deck is devoted to engines, power cores, weapons systems and storage bays. The main deck, arguably the major selling point of the ship, is capable of housing both vehicles and fighters. The holds are large enough that one trader claimed he found it could fit a personal residence with room to spare for his speeder. As such, many pirates use the YV-666 as escort carriers on supply raids. Nevertheless, the ship's light armament puts it at something of a disadvantage when faced with better armed customized merchant frigates.

Overall, the YV-666 features a simple but admirably effective propulsion system, providing considerable maneuverability, as well as decent hyperspace and sub light speeds despite its size. 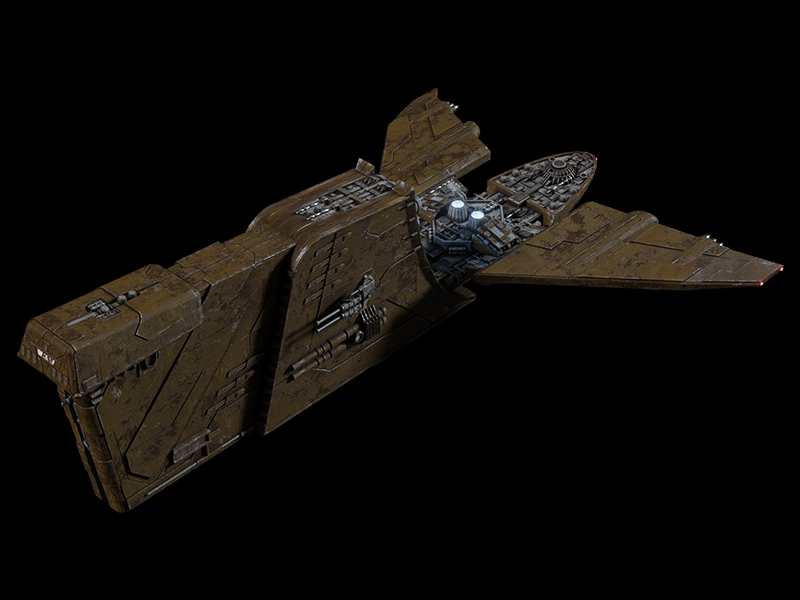