Designed to look like a large fighter, the Marauder-class Corvette has an astoundingly sleek appearance and relatively small engines. Its lower production cost makes it favorable to a buyer market of mercenaries and small planetary governments.

What the Marauder-class lacks in speed, it makes up for in firepower. Able to mount a stealthy approach, it wields a formidable assortment of three tractor beams and eight turbolasers to inhibit enemy defense maneuvers and defeat them before they have a chance to mount a counter attack. Though not meant for head to head combat, the Marauder-class also has impressive defensive measures. With a combination of strong deflector shields and a capable ionic capacity, it can pose as a formidable foe during a drawn-out battle. It can also carry a small fighter armada or landing party with hangar and docking bays.

Well suited as a patrol craft and easily converted into a war machine, the Marauder-class has been seeing greater use in recent years as a space lane and system enforcement command ship. 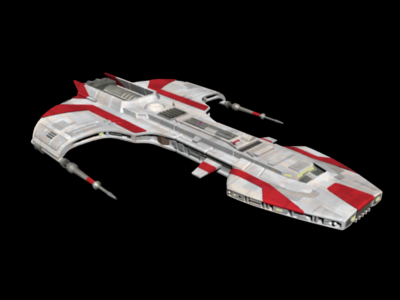 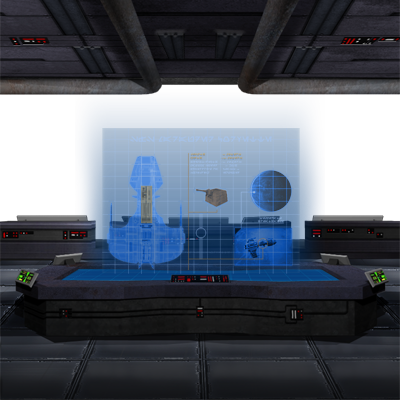