A Metallurgy Unit is a kind of cybernetic package, a set of standard augmentations designed to work together to enhance a sentient’s abilities in a specific capacity. These cybernetics are often found among members of mining and production factions, but also independent prospectors, foundry inspectors, and merchants. A Metallurgy Unit is crafted to give its user the ability to examine metals at an atomic level, spot microscopic impurities, and identify counterfeit or low-quality alloys. While the exact structure and components of a Metallurgy unit may vary slightly, depending on the manufacturer and the user’s biology, there is a list of standard components. An entire eye (or similar sensory organ) is usually removed and replaced by a cybernetic module capable of microscopic sight, attached by external prongs to make removal slightly easier in the event of a malfunction. Subdermal electromagnetic induction sensors are implanted in the fingers, allowing the cyborg to test the heating and electrical conductivity of the metal, determine its magnetic properties, and detect surface and subsurface flaws with a mere touch. Harmonic analyzers are attached to the auditory organs as well as the exo/endoskeleton of the cyborg that can identify a metal’s resonant frequency, tensile and compressive strength, and current subsurface stresses or air pockets.

All of these modifications allow the user to process an extreme amount of information about a metal making them invaluable in mining and production fields, however, the drawbacks and side effects are rather severe, and finding sentients willing to endure them can be challenging. For example, the ocular implant has been known to lead to a significant loss in depth perception. However, the main complaint that metallurgy cyborgs have is with sensory overload. Knowing the atomic structure of everything you touch, incredibly sensitive hearing, and microscopic vision means that most of these cyborgs require sensory distractions kept to a minimum. Most of these symptoms can be managed to an extent, but they often render the cyborg inept at combat roles, making it hard for them to defend themselves. They are unable to judge distances in melee or ranged combat, and become easily overwhelmed by the sensory input. 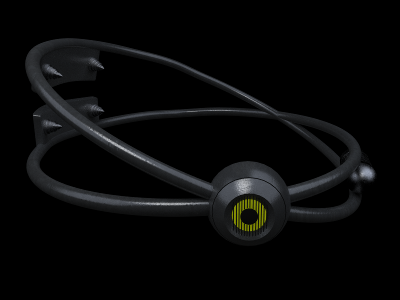