Ever since its integration into galactic society, the field of cybernetics has faced various problems. Arguably, the most widespread among these is the issue of cost. Originally, cybernetics and the operations required to install them were rather expensive and thus available only to the wealthy, and even today they can be more than a little costly. As the technology advanced over the years, differing levels of quality established themselves, and today cybernetics such as basic limbs are common among even the working classes. In similar fashion, other problems have been overcome or mitigated, and the field has prospered.

However, one problem remains as troublesome as always — the possibility of malfunction. From the cheapest and most basic of cybernetics to the most expensive bespoke variants, there remains the chance for the unit to break in some way or cease functioning as was originally intended. The exact causes vary; depending on the situation, it may be a fault in the parts making up the unit, or a mistake made during the installation process that went unnoticed or ignored. More common still are lapses in maintenance or damage sustained during use.

Typically, faulty cybernetics cease functioning or function at an extremely low level, barely able to fulfill its original purpose. Often, it has been reported that they interfere with other installed cybernetics or the user's body to the point that they actually do more damage than good. Widely reported symptoms include physical weakness and an inability to focus coherently, particularly when engaged in complicated activities such as the handling of delicate tools or use of electronic equipment. There have even been reports of the user suffering physical harm, brain damage, or even death as the direct or indirect result of a faulty cybernetic. Lastly, and in the minds of some, most importantly, faulty cybernetics take up space that could be used by functioning units.

In the event that a cybernetic is confirmed as malfunctioning, it is heavily recommended by specialists in the field that the faulty cybernetic be removed by a qualified professional as soon as possible, as there is little reason to keep it installed beyond the sentimental. 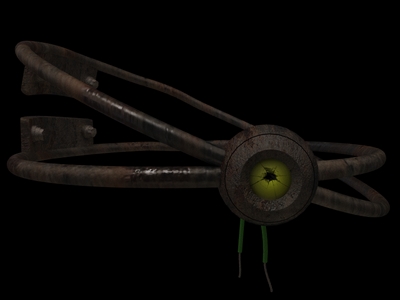