It would seem that for every genuine article in the galaxy some entrepreneurial soul has tried to counterfeit it to make a quick credit. While some hacks are positive and actually improve upon the product they are trying to copy, most are not due to a lack of quality controls and the fact that those producing them are trying to carry out their illegal activities without being found out by the authorities or the original manufacturers, who often take offense to the counterfeit model. So it is with the death stick.

The death stick was initially created to compete with the healing stick and looks exactly like it. Unfortunately, however, the chemical properties of the cilona extract, the primary ingredient, often does the exact opposite of its intended use. When used, the chemical causes mild hallucinations and other mind-altering euphoria and causes the health of the individual to deteriorate. It was determined very quickly that the drug was highly addictive; so instead of scrapping the formula and trying again, which would have cost time and money, the manufacturers decided to market it more widely, hoping that the addictive qualities of the drug would keep buyers coming back for more. 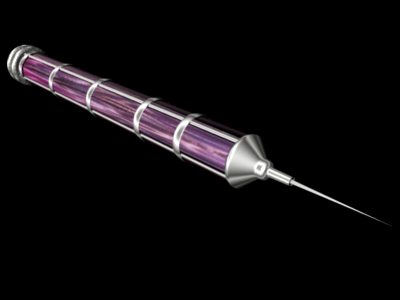