It would seem that for every genuine article in the galaxy some entrepreneurial soul has tried to counterfeit it to make a quick credit. While some hacks are positive and actually improve upon the product they are trying to copy, most are not due to a lack of quality controls and the fact that those producing them are trying to carry out their illegal activities without being found out by the authorities or the original manufacturers, who often take offense to the counterfeit model. So it is with the bacta ryfill.

Those looking to swindle the unsuspecting medical customer have created an identical lookalike to the bacta refill. Unfortunately, the "medication" contained in the ryfill is primarily ryll. While submerging a patient in bacta has positive effects in terms of healing, the same can't be said of the ryll. Those with the misfortune of being submerged in a tank of the counterfeit liquid generally come out healed of the infirmity that caused them to undergo the treatment, but find that they are addicted to the spice. They also often find they aren't as healthy as they had been before the experience. 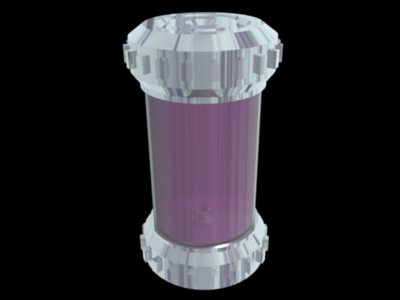