The Droid Tri-Fighter, or more colloquially, the Tri-Fighter, was designed as a space superiority fighter. Created by the Colicoid Creation Nest, the design had certain similarities with their others, most notably the infamous "Droideka." During the later days of the Clone Wars, the fighter saw extensive service and was regarded by the clone pilots that faced the fighter in battle to be far superior to the pre-war droid Vulture-class starfighter.

Deriving its name from the trio of support beams that steady its three secondary cannons, the tri-fighter itself was built to resemble one of the predators native to the Colicoid homeworld. Attached to the central orb, which contains the droid brain, is the housing units for the three thrusters which are all capable of operating independently from one another, giving not only an exceptional top speed but excellent maneuverability. The main cannon, housed within the nose of the central orb, gives the fighter a profile that is similar in appearance to the DSD1 Dwarf Spider Droid, another Confederate weapon of war. After a short amount of combat testing, a fighter-grade concussion missile launcher was added to the underside of the central orb, further increasing the fighter's potency.

With the end of the Confederate-Republic conflict in year -22, the Tri-Fighters along with the rest of the Confederate army, were deactivated and most were documented as having been destroyed. However, several are believed to have been acquired by private collectors and restored to working order. Rumor has it that some of these surviving ships have even been converted to accept a human pilot in place of the droid brain but this information is at best unconfirmed. 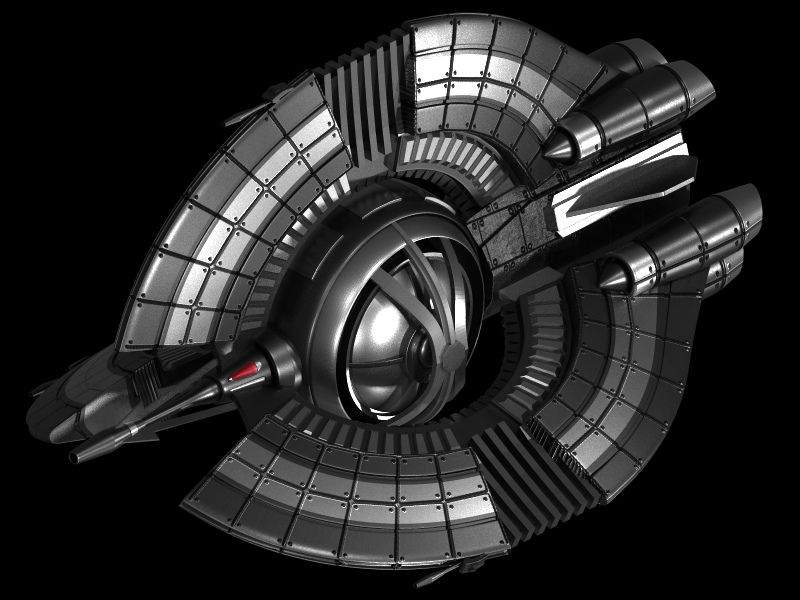