The Alpha-3 Nimbus-class V-wing starfighter is a craft with a legendary reputation. Often shortened to the V-wing, the fighter was introduced in the twilight years of the Clone Wars by Kuat Systems Engineering as a short-range, primarily carrier-based support fighter. The V-wing was an immediate success upon deployment to the front, with the most notable element to its reputation being its remarkable speed and maneuverability. The V-wing rode in on the heels of the equally prominent V-19 Torrent starfighter and largely replaced the Torrent in its intended role as a short-range assault fighter.

The V-wing’s efficacy comes from its small, compact profile and study design. The V-wing is mounted with two pairs of twin laser cannons, located on the wing hubs on both sides of the craft; this placement permits wide horizontal and vertical targeting angles. The V-wing is equipped with deflector shields; a side effect of this design is the placement of the shields’ heat sinks to the rear of the canopy, providing protection for both the pilot and the astromech socket. During the Clone Wars, V-wing pilots were typically accompanied by astromech droids for the purpose of navigation, maintenance, and repair. The V-wing was not equipped with missile launchers or hyperdrives, but it is possible to modify the craft to fit both of these items.

The V-wing was used briefly by the Imperial Navy after the Declaration of a New Order but was soon phased out by the TIE series. The V-wing’s legacy lives on in the TIE fighter that replaced it and the A-wing developed by the Rebel Alliance. Like other craft of the era, the V-wing is also maintained by private corporations, freelance militant groups, and pirate gangs. Though the V-wing creeps toward obsolescence as new craft overshadow it, it nevertheless has earned a place in the hearts and minds of many galactic denizens. 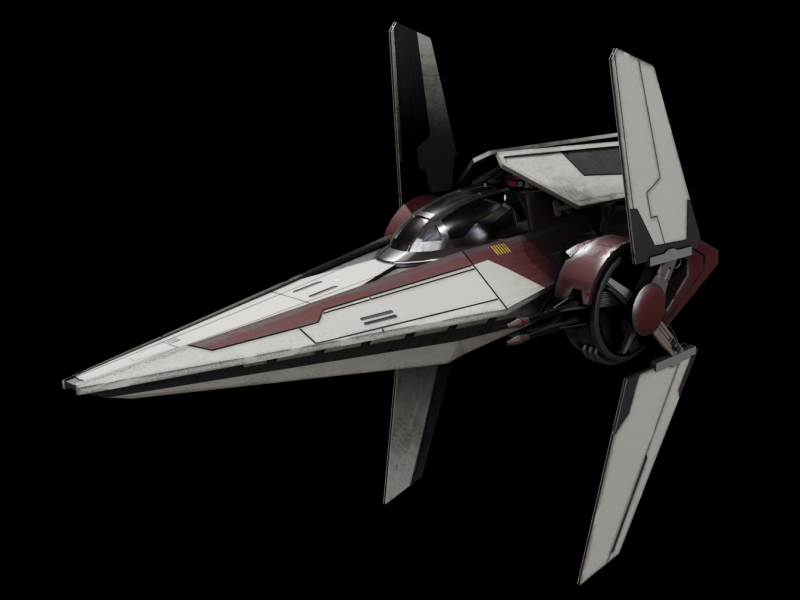 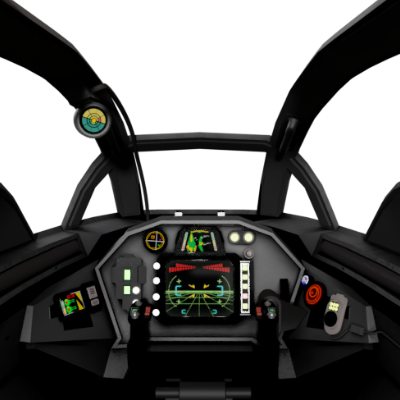