The TIE Interceptor is one of the most renowned fighters of the Galaxy. The newer model of Imperial TIE series of fighter was designed after the poor combat records of the early models (notably the TIE-Ln) against the newer Rebel snubfighters. After the appearance of the RZ-1 A-Wing as a front line fighter, the need of a faster and more heavily armed starfighter was noted throughout the Imperial Navy. The analysis of battle records pointed to several weaknesses of the Imperial craft being used and the data gathered helped to develop a ship that the designers hoped would counter the imperial navies decline, culminating with the birth of the TIE Interceptor.

However, some critics have said that the TIE Interceptor is a result of the ineffective Imperial doctrine for fighter use. This doctrine rules that a large number of cheap starfighters are preferable to a small amount of a more expensive and effective models. This means that the TIE Interceptor, like most of the Imperial crafts of it's size, lacks a Hyperdrive system, limiting it's operational use and range. This fighter also lacks a Shield Generator, which when combined with its light armor, has given the Interceptor a reputation of being a "one shot, one kill" victim.

Despite its many strengths, the TIE Interceptor is often heavily criticised for its design flaws. With the main issue on this fighter being the absence of the Hyperdrive generator, making it dependant on the use of "mother ships" to deploy these fighters where they are needed. This type of operational deployment of fighters is dangerous, as once the mother ship is lost or heavily damaged, all of its fighter complement is also incapacitated or, at least, unable to retreat to hyperspace. 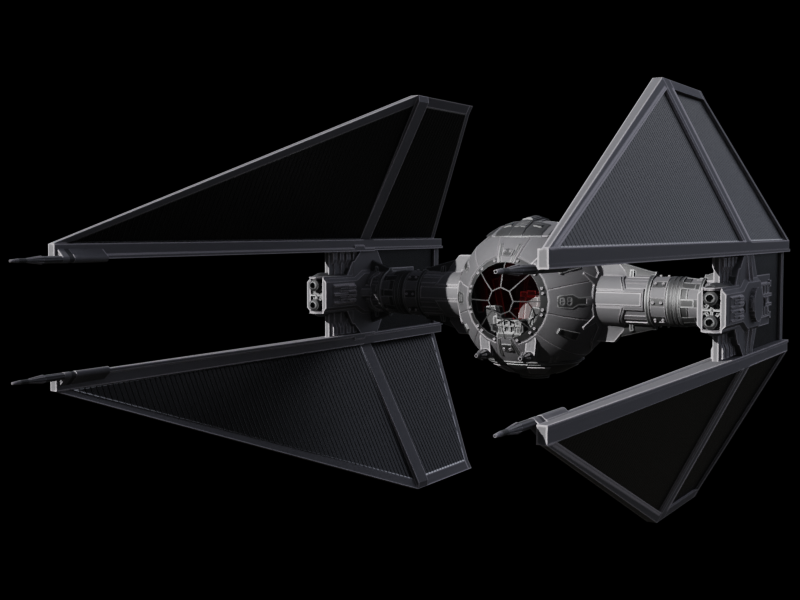