First built by Kuat Systems Engineering before the Clone Wars, the Delta-12 Skysprite is a stripped down version of the Delta-7 Aethersprite. The Skysprite is outfitted with an improved sensor package and has an enlarged cockpit which has over triple the cargo space of the Delta-7 and offers seating for a single passenger. However, since it was designed for civilian use, the ship had all of its weapon and countermeasure systems removed leaving its users vulnerable in case of an attack. Moreover, the Delta-12's enlarged cockpit increases aerodynamic drag causing it to be considerably less manoeuvrable than the Aethersprite. However, the Skysprite's saviour was its price tag; the Delta-12's price was a fraction of the Delta-7's when both ships were first released.

Like the Delta-7, the Delta-12's abilities were limited by the technology available when it was designed. Due to its relatively small size, the designers were unable to fit a hyperdrive engine inside the ship's body and were forced to use a hyperspace ring, specifically the Syluire-31 Hyperspace Docking Ring first used on the Delta-7 Aethersprite. The ship was too small for a full size astromech droid socket; specially designed stripped down R4 series droids were integrated directly into the fighter instead.

While originally designed for civilian use, the Delta-12 proved to be immensely popular with the Jedi Order. The Jedi often used the ship for diplomatic and passenger transport missions where its speed and, at the time, superior manoeuvrability was an advantage. The ship's signature red and white colour scheme was popularized by the Jedi; since the Jedi Order was technically part of the Galactic Republic's Judicial Department, they painted their ships red and white indicating the Jedi's diplomatic immunity. 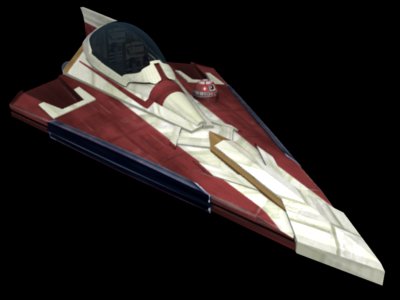