Despite a variety of new starfighter designs being successfully released, a minor production company sought to make its mark with a unique starfighter that combined elements from the past with modern designs. By combining the core design of the dated Eta-2 Actis-class light interceptor with the advanced technology from the New Republic's RZ-1 A-wing interceptor, the company sought to create a starfighter that fell right into the middle of these successful designs. The resulting design, the Eta-5 interceptor, was revealed after a few years of development to widespread attention due to the revival of the Eta-series starfighter.

The Eta-5 interceptor is a unique hybrid between its predecessor, the Eta-2 Actis-class, and the RZ-1 A-wing. The designers utilized the Eta-2's base frame and incorporate modern technology into the engineering specifications, but modified the overall hull shape to appear more in line with the successful A-wing. Determined to improve upon the Eta-2's successful but old technology, the design engineers addressed one of the Eta-2's famous issues - a lack of deflector shields. Unfortunately, the addition of shielding resulted in the designers being forced to reduce the size of the engines, lowering the Eta-5's top speed, though most pilots state that the difference between the Eta's is completely negligible.

The Eta-5's body modification to resemble the A-wing resulted in an increased maneuverability during dogfghts when compared to the Eta-2. The engineering team also removed the ion cannons in favor of a single concussion missile launcher, mirroring the RZ-1 A-wing's armament. This singular change increased the interceptor's ability to destroy enemy starfighters but decreased its potential popularity with system authorities, who would likely seek to disable pursued starships over outright killing them.

When the Eta-5 interceptor entered the testing phases of various governments, it reportedly suffered repeated system failures during simulated and live fire tests. The popularity and hype for the new Eta waned, even leading to its nickname as the "Foolish Man's Fighter", and the production company behind the interceptor suffered bankruptcy as a result of projected sales failing to cover the development costs. The Eta-5 interceptors already produced were liquidated and faded into obscurity, became an uncommon starfighter typically found in the hands of collectors. Ironically, the system failures that prevented the Eta-5 from success seem to have worked themselves out, prompting some experts to speculate that the company may have been sabotaged by a competitor during the interceptor's testing. 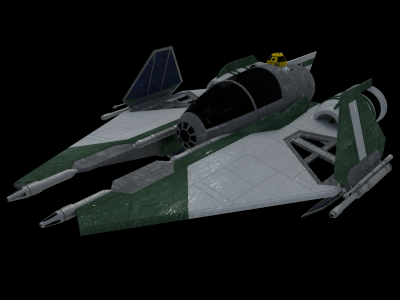 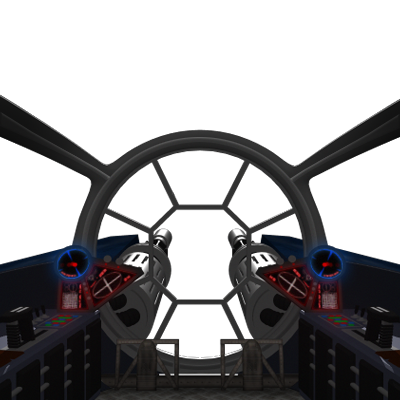