Skylar Aerospace was a Muun corporation that specialised in light freighter construction and luxury aftermarket equipment. The advent of the First and Second Galactic Civil Wars disrupted the private shipping industry, generating demand for capable, affordable defence fleets by independent systems and businesses. This incentivised firms like Skylar to shift production to military ships, the Raptor-Wasp Starfighter being their first attempt to penetrate this market.

The original Raptor-Wasp design called for a two-person crew, a pilot and a gunner, but later variants included an astromech socket that eliminated the need for the second crew member. The ship's slim fuselage was inspired by more recognisable fighters such as the T-wing interceptor and the Z-95 Headhunter. The Raptor-Wasp's sublight engines borrowed heavily from the Z-95, but the hyperspace engines under the wing were a new in-house Skylar design. The ship's unique "Y" shape, a derivative of the T-wing, gave it a profile difficult for enemy pilots to lock onto in battle, but inhibited much of the manoeuvrability a ship of its speed might expect.

The most defining feature of the Raptor-Wasp starfighter was its armament; in a departure from the industry norm, the ship did not have any laser cannons installed, but two wing-mounted ordinance racks were installed instead: one for concussion missiles and one for proton torpedoes. The Raptor-Wasp was envisioned as a quick-strike bomber that would target frigates, capital ships, or fortified ground targets. Instead of engaging enemy fighters directly, the Raptor-Wasp was to dodge threats and remove itself from danger quickly using hit-and-run tactics. Veteran pilots have even reported using the concussion missiles to eliminate enemy fighters and gunboats whose ion deflector shields would make laser fire futile.

The Raptor-Wasp's sales and usage failed to match its competitors, primarily due to the majority of potential customers being baffled by their failure to include laser cannons, as well as Skylar's lack of experience in fighter design. As a result, customers closer to the Outer Rim often chose to buy less expensive fighters, while those in the Mid Rim or near the Core preferred more expensive and flexible models from other shipwrights. After disappointing financial results, including low revenues and narrow profit margins, Skylar decided to cease production of the Raptor-Wasp after a short production run. 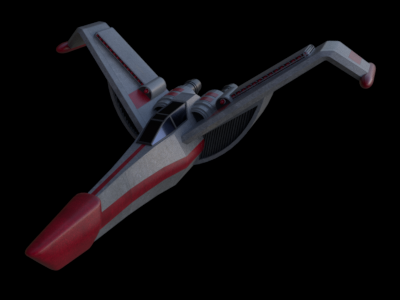