The Zenuas 33 starfighter is one of the strangest ships in the galaxy. Little is known about its origin, with most believing it was constructed by a mysterious and uncontacted race. Existing examples come almost exclusively from merchants, scrappers, and pirates, all of whom have been careful to say little about where they found the ships, and how. Most known examples have been bought by governments and corporations eager to unlock its many secrets, but some have been seen in privately-owned fleets, adding an unpredictable edge to those able to safely pilot them.

The Zenuas' mystique doesn't lie solely in its origin, however. Its design and technology are also unique. The fighter has a stubby fuselage which sports two slanted dorsal fins and two long looped wings extending downward from either side of the cockpit. The cockpit itself consists of only a chair and a spherical ray shield which only attaches to the ship when activated. There are no physical controls, either. The ship's motion capture systems allow the pilot to operate the starfighter with a series of hand gestures and holographic controls. Additional controls and displays are projected on the inside of the ray shield, surrounding the pilot.

The combination of the ships ergomatic and immersive controls and the unique propulsion systems lend the Zenuas a respectable level of maneuverability. Instead of manipulating forward momentum like other craft, this starfighter is able to rotate a full three hundred and sixty degrees while maintaining its flight pattern, allowing it to fire in any direction without changing its course. Three vertically arranged exhaust ports are visible along the back spine of the fuselage, but the theory and technology behind these engines remains a mystery. The Zenuas is armed with a powerful laser cannon located directly under the cockpit. 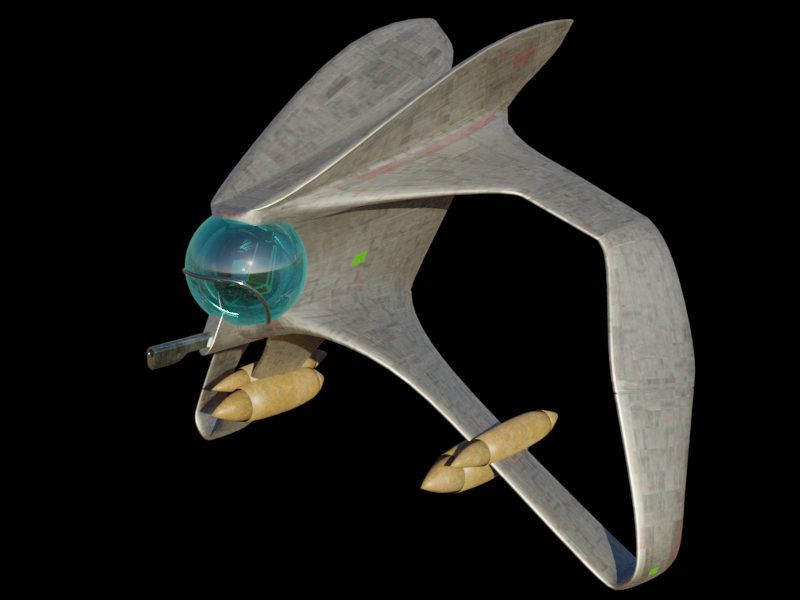