The Star Saber XC-01 Mark I is based on an ancient design from the days of the Old Republic. Despite its predecessor being heavily criticised, the contemporary Star Sabre is well know as a reliable craft, competent in its role as a defensive starfighter. The exterior design was considered to be elegant at the time of its inception, and many of those features are still considered attractive to this day.

With a long sleek profile and forge-pressed meleenium wings, the Star Saber looks as penetrating as its name implies. The noticeable curves in the Star Saber's wings assist the craft's maneuverability in atmospheric conditions and give it a advantage over designs that favor a less aerodynamic appearance. Its engines are mounted toward the aft of the fuselage and the two heavy lasers and single ion cannon are located on the undercarriage of the fighter.

The Mark I version of the Star Saber is only lightly armored and shielded, giving it a low mass and aiding its maneuverability against the other craft of its era. However, time has been particularly harsh on this design and a lack of updates to engines, weapons and sensors have hampered the Star Saber's ability to compete with modern fighters.

Although as an experimental fighter the Star Sabre was capable of hyper travel, another blow to the modern incarnation's marketability is the removal of the hyperdrive. This forces the fighter to be tethered to either a capital ship or a ground base and this disadvantage alone has been blamed for its retirement from many primary defense roles. However, the Star Saber can still perform surprising well for its aged design, in spite of its limitations, making it a reasonable alternative to much pricier fighters for small groups and organisations. 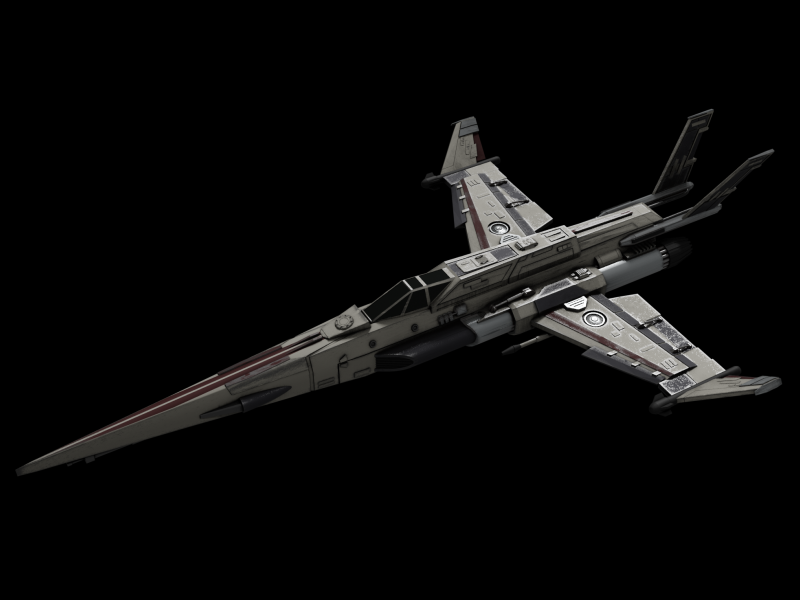