The Separatist Crisis caught the Galactic Republic unprepared, and much of its starfleet was composed of donated vessels until Kuat Drive and Rothana shipyards merged to form the Republic's naval industry. While the giant star destroyers and assault ships they produced captured the public's attention, these battlecruisers required considerable support from smaller craft which often went overlooked. The Pelta-class Frigate was the logistical pillar that enabled the Republic Navy to function. "Venators win battles" went the slogan, "but Peltas are winning the war."

To expedite the production process, shipwrights struck upon the idea of developing a universal design that could be delivered to the navy and then readily adapted to perform any specialized supporting role that was needed. Retrofitting configurations included supply and medical transports, command and communications ships, and even pocket carriers and armed escort variants. To reduce research time, the Procurement Panel borrowed successful design elements from the Corellian Engineering Corporation, resulting in a dependable and versatile frigate that excelled in its vocation.

A long, diamond-shaped hull features the distinctive cylindrical "blockade runner" module at the bow, and to the aft, a dorsal command tower is flanked by retractable wing sweeps that can be extended for better maneuverability at the expense of speed, or folded to reduce the vessel's profile in battle. The architecture of many onboard systems is intentionally convertible, permitting some compartments to be modified for a variety of mission requirements in a matter of hours. Advanced long-range sensor packages, combined with innovative landing systems, meant the Pelta could be deployed nearly anywhere to provide support after locating those who needed it. While the frigate is not heavily armored, KDY sub-light and hyperdrive engines propel the vessel relatively swiftly for its size.

While the modern galaxy has a plethora of support frigates and escort corvettes available to sector fleets and defense forces of all budgets, the reputation of the Pelta for reliability and adaptability has earned it a loyal following galaxy-wide. 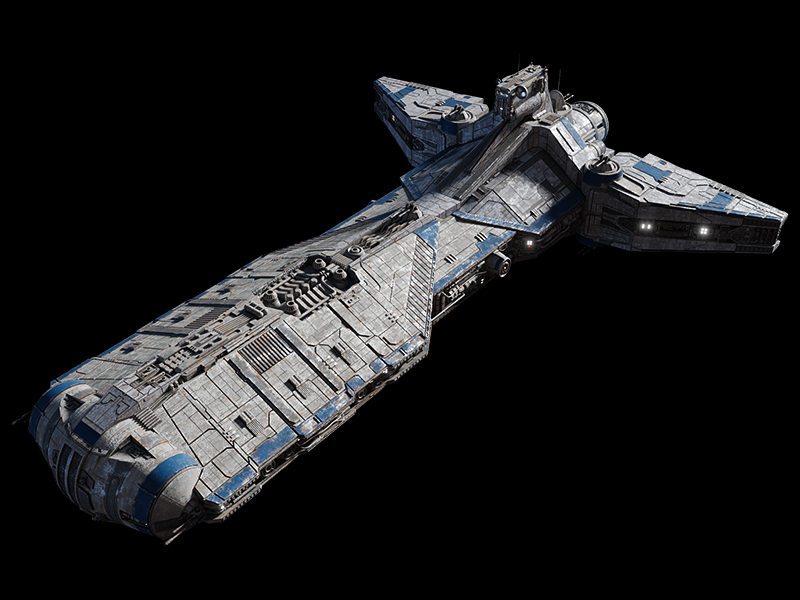