The Quasar Fire-class Bulk Cruiser was developed by the Incom Corporation shortly after the Second Imperial Civil War. The engineers behind the design imagined a dedicated carrier capable of launching multiple starfighter wings at once to quickly overtake enemy forces or lock down a region of space using only a small amount of resources. Within its four massive hangars, a single Quasar is capable of fielding just under three squadrons of X-wings, nearly seven squadrons of standard TIE-ln fighters, or nearly eight entire squadrons of smaller, commercially available starfighters like the Cloakshape. While the plans for the Quasar were initially received with enthusiasm by the Imperial admiralty, the cruiser saw only limited action and remained in service only a few years. Evolving naval doctrine favored larger, multi-role capital ships like the Imperial Star Destroyer to more specialized carriers.

The Quasar Fire-class Bulk Cruiser is wedge-shaped, following traditional late-Republic design language, but flattened rather than broadening toward the base, as its contemporaries do. Unlike the design of similar vessels like the Acclamator or Star Destroyer, however, the bridge is located at the front of the ship instead of on dorsal towers. The expansive hangar bays are slung below the ship near the stern next to the powerful sublight engines which give the Quasar a superior speed compared to other ships in its class.

While its speed, volume, and smaller crew requirement give the Bulk Cruiser a tactical edge on the battlefield, the ship is not without its drawbacks. With only a single pair of turbolasers mounted under the bridge, a Quasar bereft of its starfighter compliment would be a sitting duck, and must rely on other corvettes or frigates for defense if its mission profile calls for anything beyond a hit and fade. While this caused the cruiser to fall out of favor with the Imperial Navy, it made it a hallmark of Rebel cells and caused the Quasar Fire-class to rise in prominence yet again. 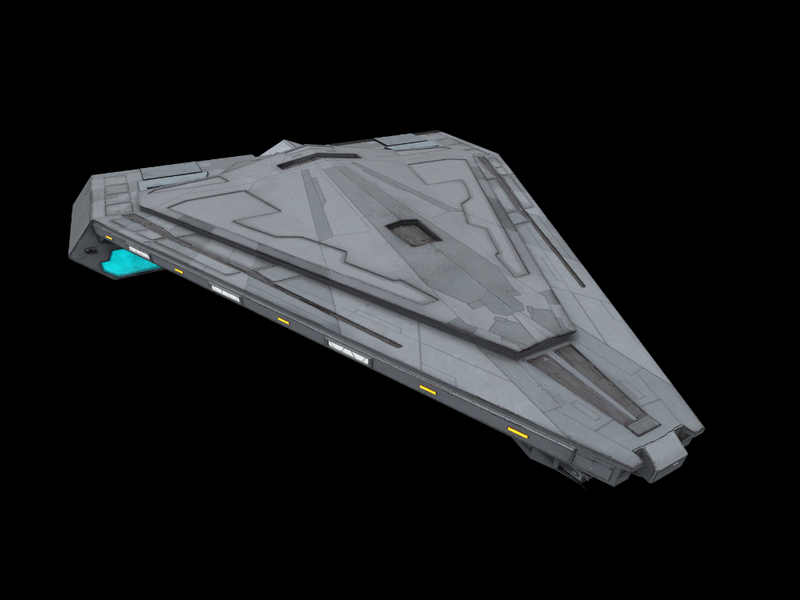