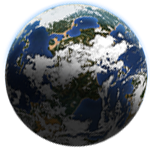 Ket`alis, or "Ket" as it is colloquially known, is not only the smallest planet in the system but also the most beautiful. It contains a gorgeous landscape of jungles, forests, grasslands, and sporadic oceans. The planet has two main sources of income: hunting and the export of alcoholic beverages.  Hunting has remained popular due to the planet's landscape, which is home to many large species making this planet a common hunting destination for inhabitants of the Bak`rofsen system. Ket's brewing industry is sustained by the vast array of plants located within its jungles. Its most popular is the "Hawk Rum"; this rum is created as a byproduct of natural chemical reactions involving plant matter and grounded hawk claws. The rum is then sent to a distillation plant for further processing. Once the fire-water is created it is kept in special wooden aging casks over time until the right quality is achieved. The minimum aging process is six years making this one of the finest rums in the galaxy.