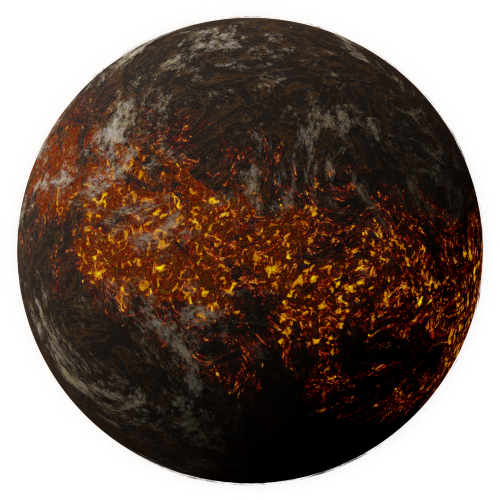 Tar Morden II supposedly used to be a gas giant, although it probably was a relatively small one. After a few million years, the planet started contracting into a solid ball of lava. The planet started cooling off, and a crust was formed. Almost the entire surface is solid rock now, only around the equator there is still a lot of volcanic activity. Because of the volcanic clouds, the atmosphere is very toxic.