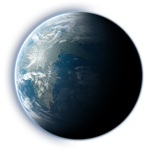 \r\nIn the northern part of the lands is the major city known as Sivano amongst the Forest lands. The creatures here run far and wide, lots of jungle creatures like the muzzlians, bog trees and skimp-lias. The jungles house many deadly creatures that keep the majority of inhabitants at bay during night hours, and if a curious person roams too far into the jungle, they are rarely heard from again.