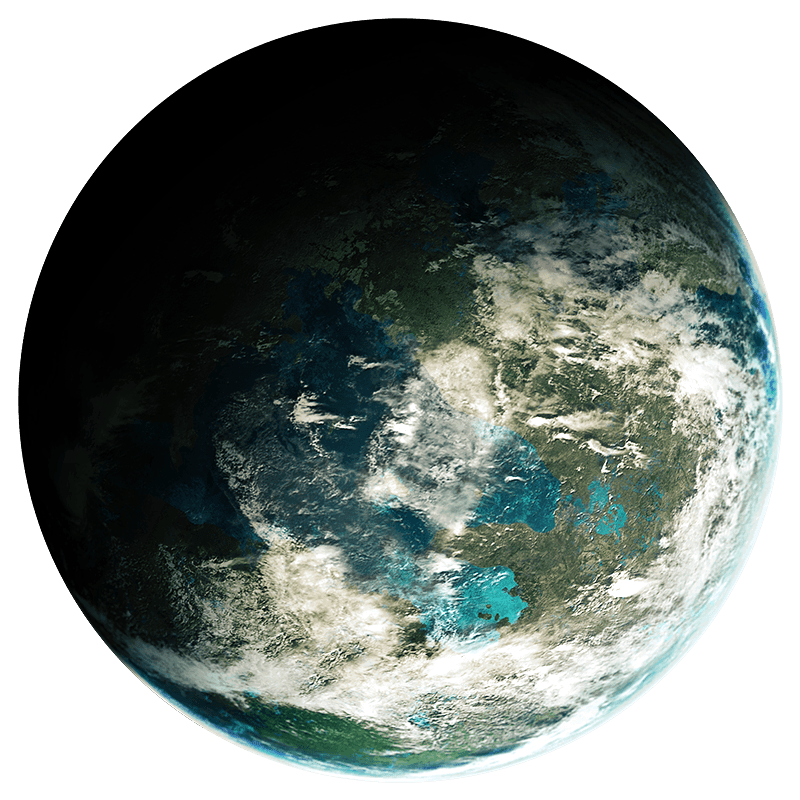 Throughout all the religions of the galaxy, none has ever more aptly summarized the creation of their devotees than that of Sanyassa. "From the beauty, sprang the horrid" (Spr. 47) - for truly the world of Sanyassa is as beautiful as its native inhabitants are horrid. Known for a wide extent of native flora and fauna, the planet was first included in galactic surveys approximately 700 years ago, though their technocratic society shows signs of being at least ten times that age.

Several prominent xenobiologists set up a research base in the north, though it soon became heavily fortified to prevent the native Sanyassans from attempting to overrun it for the myriad of electronics that were held within - after several failed attempts, it was finally captured by a Sanyassan king named Tyulker, who raided it for its valuables and left the abandoned base to rot.