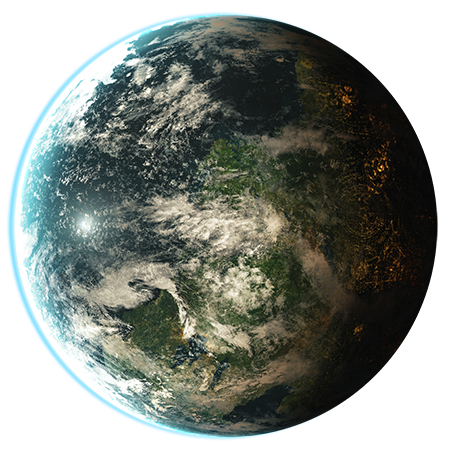 The Lorell Raiders were the first to colonize Lorell several thousand years ago. The pirate organization was the first to find the only suspected hyperspace entry route into the Hapes Cluster through this system, which stands today as the doorway to the sector. Constantly needing to venture beyond the Transitory Mists to pillage resources and kidnap females from the surrounding systems, the Raiders quickly came to understand the complexities of navigating the anomaly far better than any before them.

Lorell was once a hive of villainy, a base of operations for the expansion of the Raiders, but today stands as a shining beacon of civilization. The planet itself was once a paradise, with forests, jungles, grasslands, and vast oceans. Today, only some of the oceans and the vast magma fields are left in their original state, while the majority of the planet has been built up in recent years thanks to generous donations by private investors.