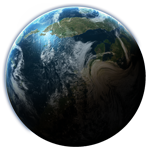 Taanab is a temperate planet in the galaxy's Inner Rim. Despite its distance from its system's star, Tive, the planet is kept consistently temperate by its unusual elliptical orbit. While astronomers cannot agree on why this occurs, the planet's orbit narrows as it approaches the system's lone star, keeping it closer to Tive for longer than a normal orbit would. Taanab's surface is dominated by a large ocean that is dotted with several continents, with its largest continents covered in old forests and rolling grasslands. The planet's lush, thick jungles have large sections that remain unexplored, attracting adventurers from around the galaxy, and its pristine beaches make the planet equally popular with leisure tourists.

Historically, most of the planet's population lived in several small urban centers on the largest, forested island where natural resources were more prevalent and easily accessible. Mines, farms, and forestry camps were common throughout the continent, which remained relatively underdeveloped compared to the rest of the Inner Rim. This changed when the Trade Federation took an interest in the planet after the First Galactic Civil War. The decision to invest in the planet was made to disassociate the Trade Federation from its role in the First Galactic Civil War, and Taanab's underdeveloped landscape made it ideal for the large scale urban planning that this project demanded. Forsetti, the capital city of the planet, was then built around the growing palace complex on the main continent's western shore. After the completion of Forsetti, an embassy district was established in the south sea, as well as a viceregal retreat at Camp Gunray. As Taanab grew to be a major hub for the Federation, many sentient beings flocked to the planet's growing cities in search of employment and political advancement.

Outside of Forsetti, the most popular destination on Taanab is Solitudous on the northernmost continent. The barren, rocky deserts north of the city challenge even the most experienced hikers, while the city itself is home to a major zoo, a ranch, luxury hotels and apartments, a state of the art sports arena, and many beaches that are consistently rated among the most beautiful in the Inner Rim. Other notable sites include Tal'Cor, the former capital of the Taanab system, and the ruins of a former wartime base of the Confederacy of Independent Systems. The artificial island that supports the embassy district is one of the most notable pieces of architecture and engineering in the Inner Rim, although the embassies are typically closed to non-authorized individuals. The viceregal retreat at Camp Gunray is also closed to visitors but is rumored to be one of the most picturesque places in the entire sector.