Conceived by the Nubian Design Collective in the Corellian sector for the Naboo, the Scurrg H-6 Bomber is a prototype ship and fits more of a fighter role than that of a bomber. A priority in design was to destroy the intended target covertly with one strike.

While the Scurrg H-6 was still in development, word of it's capabilities had leaked out and caught the ears of Tenloss Syndicate leader, Tycho Celchu. Seeing the boost that this ship could give to their military strategies, he quickly set plans in motion to make the ship his own. Utilizing his resources in the Relekin Confidential, getting into the research and development facility proved easy, as the guards and holocams were neutralized covertly and swiftly by the agents. Seizing his prize, Tycho and a small crew started up the Scurrg H-6 and fired the heavy lasers, which provided them an exit strategy. This also triggered the self-destruct sequence of the facility, which caused all the invaluable research data to be annihilated.

Employing multiple heavy lasers, a small crew allotment, and a modest cargo hold, the ship is ideal for a range of missions. Equipped with a decent hyper drive, the Scurrg H-6 can also travel independently from a main fleet if needed. The diamond shape of the ship and additional systems were to help aid with stealth, yet this feature was not fully researched and tested. As it had been stolen, military theorists have argued what kind of impact the ship would have made on the galaxy if developed fully and produced.

Being able to fulfill a variety of roles, the ship continues to be a vital part of Tenloss Syndicate missions. The Scurrg H-6 can lead squadrons in offensive campaigns, defend planets and systems, or transport highly sensitive goods. With such a renowned history, the mention or sight of the ship has been known to bring about quick resolution to diplomatic negotiations. 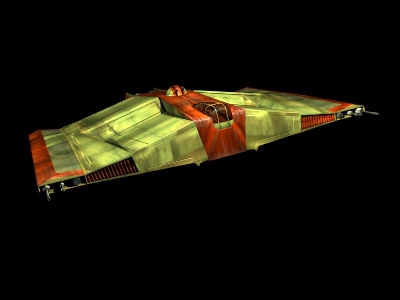