The Tri-Mark VIII Interceptor was designed by Elsinore-Cordova Engineering by order of the Republic Security Forces. Orders called for a multi-purpose vessel that could intercept starfighters and small freighters and also serve as a prisoner and personnel transport. The Tri-Mark met those specifications. Its sturdy fuselage is surrounded by three large Elsinore-Cordova proprietary Turbodyne engines: one on its dorsal side and one on each side, fixed to the vessel's wings. The powerful engines allow the craft to keep pace with other ships of its class, even with its heavy armor plating. Segmented transparisteel panels provide a full range of sight for the crew, a clear forerunner of the late-Republic and subsequent Imperial design philosophy.

The Tri-Mark performed both its roles well, with variations of the model being used reliably for centuries. However, its production was halted during the Clone Wars, as the Republic's new clone army and its technology took over security and law enforcement across much of Republic space. Surplus Tri-Marks were sold off to planetary security forces or to cargo companies operating in dangerous sectors. Several modified versions have even proven useful vessels for bounty hunters. 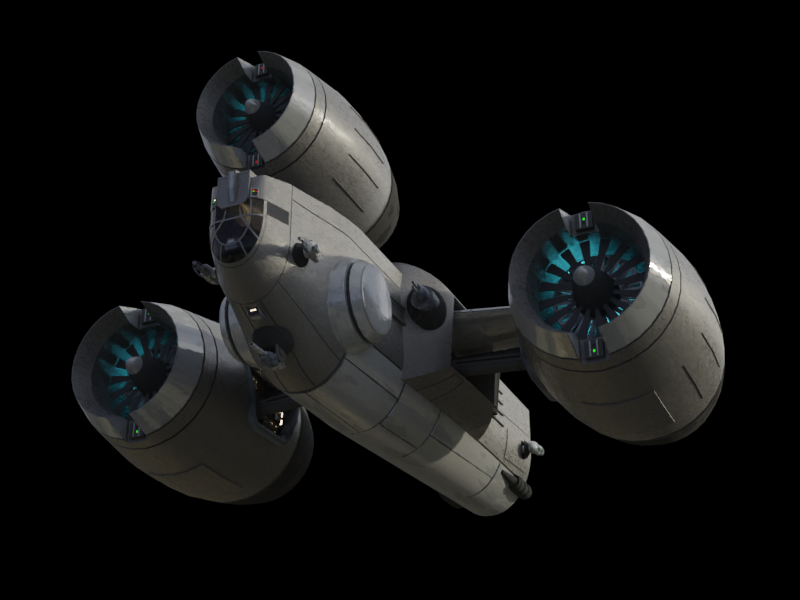