Half gunship and half utility transport, the UT-60D U-Wing is a highly capable attack fighter, fast, well-armed, and able to carry a demi-squad of commandos in relative safety within its fuselage. Such a capable craft would be in high demand throughout a galaxy in strife, yet the number of U-Wings in service is small compared to other, less capable craft. This is partly due to the secrecy surrounding the craft’s manufacture. The craft bears enough resemblance to the X-Wing and Y-Wing to speculate that it has its origins in the Republic’s Incom Corporation, although no one can confirm this. Scuttlebutt around a number of seedy spaceports tells of a disgruntled employee stealing the design and vanishing into the Outer Rim, working with one or another of the shady, independently run shipyards that proliferate there to produce small runs of U-Wings for equally shady clients.

No matter where the ships themselves come from, there is no doubt they are excellent at their intended function. The four 4J.7 fusial thrust engines provide the U-Wing with a top sublight speed faster than many dedicated fighters. Despite their size, these ships are also quite maneuverable and should be engaged with caution by any but the most experienced pilots. The U-Wing’s versatility is aided by its four GBk-585 hyperdrive motivators, that allow it to self-deploy over large areas of space. With a small crew, a U-Wing can deploy for weeks at a time, although this time is drastically reduced if a full complement is carried.

The U-Wing features twin-S-foils with an unusually large range of movement. The long, wing-like structures can be moved a full one hundred thirty-five degrees, from directly ahead in-line with the fuselage, to swept out at a forty-five-degree angle from it. While the S-foils do not assist in atmospheric flight, being too narrow to significantly assist in flight, the shield projectors mounted near the tips mean that the ship’s deflector coverage can be varied according to the pilot’s wishes.

In terms of armament, the U-Wing compares well with many contemporary gunboats. While it lacks projective weapons, the combination of laser and ion cannons means that the U-Wing can engage a large variety of targets and accomplish a wide range of missions. The pilot’s workload is also eased by the provision of a second seat, equipped with identical controls. Many pilot teams split the workload so that one pilots the craft and fires the fixed weapons while the second manages the deflectors, scans for threats and communicates with squadronmates. The troopers carried in the fuselage can also pitch in during an atmospheric engagement by mounting and firing heavy weapons using the flexible mounts provided near the side doors. They can also dispense thermal detonators and other explosives, although this cannot be done with any great degree of accuracy as the U-Wing lacks the necessary aiming devices. All-in-all, the U-Wing is a highly desirable craft whose only fault is that there are not enough of them to go around. 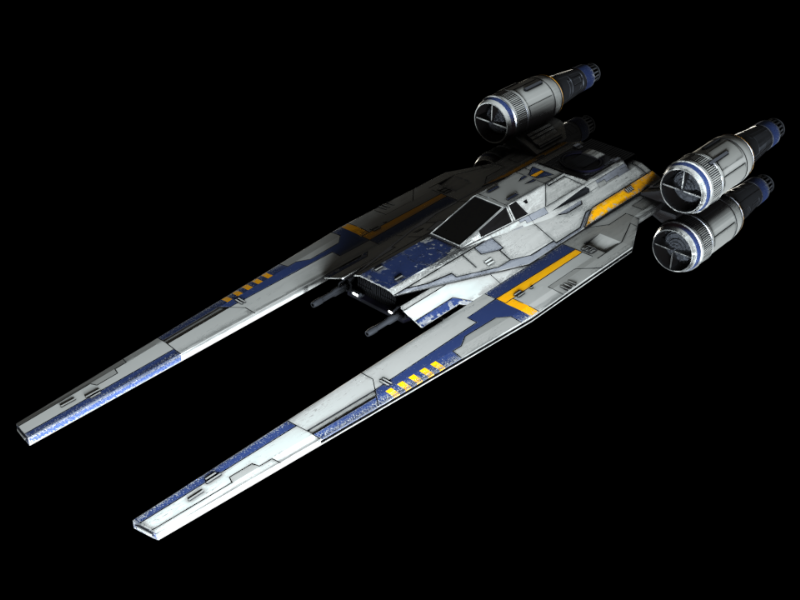 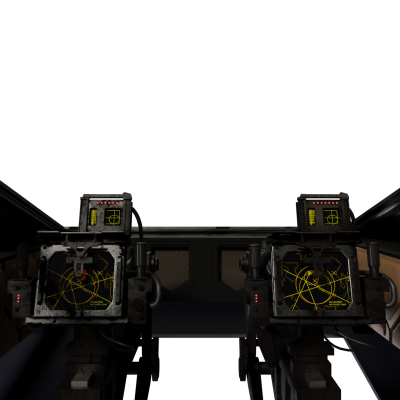