The Firespray-class Interceptor is a heavy patrol ship which is very distinctive and has a long history. The first prototypes were developed before the Clone Wars and deployed to a remote prison facility. The ship's popularity has waxed and waned over the years, and it has been upgraded several times. It has recently experienced increased popularity and is currently being sold as a patrol ship by its manufacturer.

Unlike many patrol ships, the Firespray-class Interceptor is slower and less maneuverable than modern freighters, due to its outdated engines. Furthermore, it's very heavily armed, with an especially impressive complement of proton torpedo launchers. The Firespray is also very tough, with powerful shields and a durable hull. All told, this combination of traits is very rare in patrol ships, which are typically fast, well-armed, and new; or slow, poorly-armed, and old. This seeming contradiction is most likely because the Firespray was designed primarily for organizations that wanted to raid enemy systems while claiming they were patrolling their own. Viewed in this light, sacrificing speed for amour makes perfect sense, as does having so many proton torpedo launchers.

Perhaps the most distinctive trait of the Firespray is its landing configuration. Most ships capable of landing on a planet, or in a docking bay, do so with their bow facing forward and stern facing backward. The Firespray, conversely, lands with its bow pointed upwards and rests on its stern. This allows the Firespray to take-off from a planet very quickly, simply by firing its primary engines, while other freighters have to use repulsorlifts to get clear of the ground, then rotate to bring their primary engines to bear. This advantage becomes a disadvantage when landing in docking bays, which are designed to accommodate 'upright' ships. 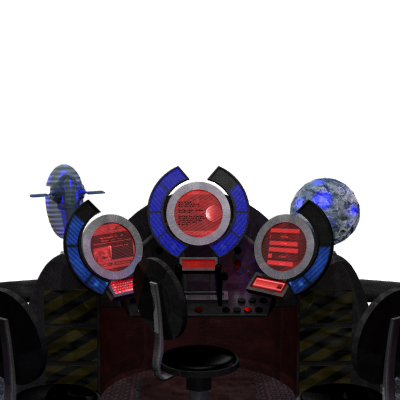