The Action VI is the sixth in a line of bulk freighters introduced by the Corellian Engineering Corporation. 100 meters long, and with a standard crew of 25, the Action VI Transport is rarely seen outside patrolled space without an escort due to its relatively light defensive armament. In compensation for this, the Action VI comes equipped with a powerful hyperdrive and quick engines for respectable sublight speeds.

The Galactic Empire has made extensive use of the Action VI for the simple reason that they are quite inexpensive (in comparison to other large freighters). Also used commonly near Alliance space due to its ability to have more chance of outrunning Rebel cruisers compared to Star Galleons. The Action VI has also seen action under the Rebel banner as a troop carrier, or more often a dropship for assault vehicles, typically deployed in convoys with the likes of the Nebulon B and Skipray blastboats running escort. This was rare, however, as the Rebels preferred the cheaper, better-armed GR-75 Medium Transports over the cost of expanding and converting the cargo compartments of the Action VI. 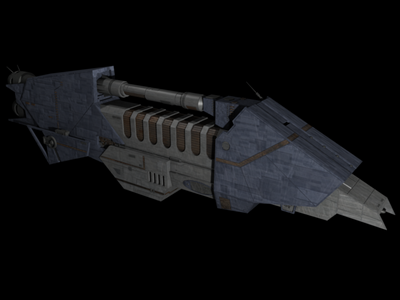