A cy'een is a huge, carnivorous and ocean dwelling reptofish indigenous to the planet Chad. It has a barrel-like body, with a long neck ending in a small head. It is primarily black on the dorsal zone, fading to a dark bronze shade in the scales on the ventral side. Though described by scientists as solitary creatures, they are often seen traveling in groups of four to eight or with groups of cetaceans.

Cy'eens are considered to be wild, untameable and fast. They feed mainly on large amounts of fish and small flying sea creatures that get too close to the ocean surface. They're also aggressive when interacting with unfamiliar life forms. Often, when threatened, they will strike with both head and tail repeatedly. Due to the creature's sheer size and strength, such blows can be quite damaging. In some cultures this ferocity has lead to the saying, "You have to ride your cy'een!", which refers to facing and overcoming a difficult problem.

With poor eyesight, cy'eens depend mostly on vibration sensitive receptors found throughout the head and neck to detect nearby movement. Their heightened sensitivity to vibration enables a long-range form of communication, which allows the exchange of information between distant groups. On Chad, tsaelkes, methnaps and cy'eens all have different "languages", but scientists have noted some common songs between cy'eens and all the Chadean cetaceans.

Cy'een generally produce fifteen to twenty offspring twice a year. As newborn cy'eens are very small, and adults have minimal parental instincts, their offspring are vulnerable to capture. Many juveniles are harvested on Chad and transported to other planets to be raised and farmed for their meat, flippers and skin. However, they have proved to be difficult to contain in tanks, so it is common for them to be kept in large netted areas of open ocean.

Cy'een flesh is considered a coveted delicacy to many sentients throughout the galaxy. It is said to be quite tender, unlike most reptilian creatures, with a deep, complex flavour. The flippers are believed to have several health benefits including speeding up recovery from hyper-lag, liver wellness, hangover relief and they also have a reputation as an aphrodisiac. The skin also makes a durable, waterproof leather and is very popular among residents of swampy planets and sports competitors.
« Back To Top 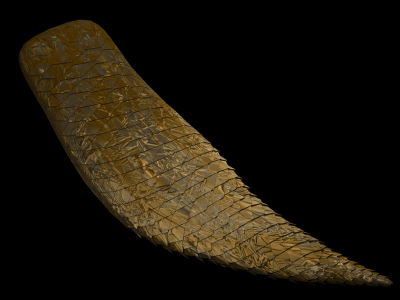