The draigon is an elusive reptavian species found across the galaxy in mountainous regions of watery planets. Growing up to a hundred metres long, draigons are known for their extensive lifespans, with many individual specimens recorded to have lived several centuries. These gargantuan creatures are covered in silver scales and have large wings attached to their front limbs, with their wing shape granting them the ability to swiftly change direction and dive to capture prey from the ground or water. While draigons primarily eat fish and other aquatic fauna, their dagger-like teeth allow them to hunt other creatures if their regular preying grounds are lacking in sustenance. Monitoring and studying the draigon species has proven difficult over the years due to the creatures' large size, pack mentality, and ferocity; what little information is currently available has been obtained through distant monitoring, as well as tagging injured or lost specimens.

Draigon mating habits are unusually simple compared to most other species: when a male wishes to mate, it merely stands up proud to see if any females are interested, smashing its tail against a rock to provide a signal that it is available. After the mating is complete, females generally lay a group of three eggs which are then incubated for approximately four months. During this period, the males will perform most of the hunting, bringing food back to the nest and, after the eggs are hatched, the mother cares for them for one week. The mother then shoves the young draigons out of the nest to see if the hatchlings survive their first flight. Those that do survive become part of their pack, migrating between mountain ranges approximately every four to eight years.

Today, draigons are a rare sight in the galaxy, only found in remote mountain ranges on a handful of worlds. While draigons were originally introduced to many planets to assist with controlling aquatic populations, poachers managed to drive the species to near extinction while hunting them for their rare scales. Some environmentalists have implemented draigon breeding programmes, often supported by planetary authorities that wish to rid themselves of invasive fish littering their rivers and oceans. Some crime lords and private collectors have found them to be a unique pet, training a draigon to do their bidding or simply keeping them in private zoos. 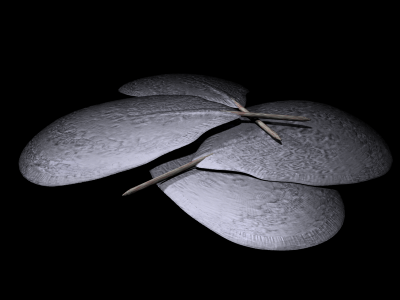