The growing complexity of cities, space stations, and ships requires a large number of technicians to administer and monitor their many computer systems. Having so many sentients able to access these vital systems presented a security threat that researches have long attempted to mitigate. The cybernetic electronics unit is one such solution. This implant connects one sentient's nervous system with a computer network, allowing that one sentient to do the work of whole teams. This one operator is able to access databanks, monitor security systems nd scanners, send and receive communications, and much more. The majority of implant units have a plethora of upgrades and options available, from data drives for codexes and regulations, to wide band receivers for multiple system integration. Security-conscious employers frequently utilize firewalls that prevent access to the data and storage systems unless accessed by one of these implants. In addition to systems management, the device also equips the user to write code and rebuild digital networks without lifting a finger.

This integration has a cost, though. As a sentient spends more time connected to computer systems it is not uncommon for them to spend more time in the systems than in their own head. This leaves them less emotional, less conversational, less conscious of their most immediate surroundings. Many have likened this state to the users being more a droid than a sentient being. Given the efficiency and power that comes with the implant, many of the users gladly accept these drawbacks. 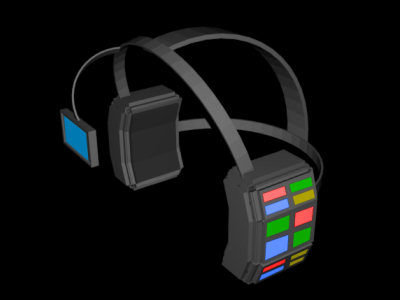