The Republic Commando Armour, also known as Katarn Armour, was once the most advanced armour available to the Republic's Clone Commandos. Capable of prolonged vacuum exposure, the armour was also known to give great protection to the wearer due to the high density duraplast plates and efficient Mandalorian based design. An unusual addition to the armour were small deflector shields, which gave additional protection to those wearing the armour. The deflectors were even known to offer some defence against highly explosive rounds, although they did not give complete protection to the wearer against such attacks.

As the Clone Wars progressed new variants of the armour were created, such as the MK II, which was more resistant to Verpine Shatterguns and protected against EMP strikes. When combined with the Helmet and backpack the Commandos were a formidable foe and feared by their enemies. Soon after the destructive Clone Wars came to an end, the Commando Armour fell out of use and replaced by widely available, cheaper technologies. Many of these pieces were either disposed of, recycled, or lost when the Empire switched to the new Stormtrooper armour. Nevertheless, another type of armour was made by the Empire for reconnaissance, which was named Katarn after the vastly superior commando armour.

Though the age when the Republic Commando Armour shined is long gone, they are still treated with respect and viewed as treasures. With pieces rarely seen, this armour is highly sought after and prized by collectors and antique hunters. Unfortunately, many of its unique features, like the shielding and integrated bacta supplies, have long since been rendered unusable by the lack of maintenance. Individuals with complete sets usually value them higher than many ships currently available on the market. 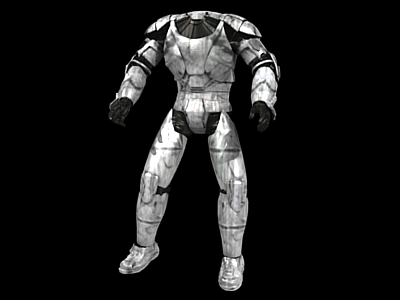